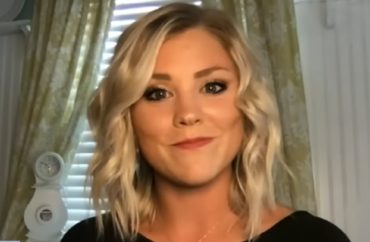 Alliance Defending Freedom alleged in its lawsuit that SIUE violated Maggie DeJong’s First Amendment rights when it issued “no-contact orders” and asked her peers to report her for “harmful rhetoric.”

Officials issued the no-contact orders, starting in February, after several students reported DeJong’s speech to the university. The students informed the school that DeJong (pictured) shared conservative views during class discussions, such as support for police officers. DeJong also shared her pro-life views and criticized Black Lives Matter on her personal social media.

The students alleged that DeJong’s statements constituted “harassment,” “discrimination,” and “microaggressions” and were not “welcome or appropriate,” according to ADF attorneys.

SIUE officials then launched an investigation into DeJong and prohibited her from having “any contact,” which included “indirect communication,” with the students who filed the complaints. The university issued the no-contact orders without first giving DeJong an opportunity to defend herself or completing an investigation into the matter.

Officials did not inform DeJong of the allegations nor state what policies she violated, according to the lawsuit.

Officials told her she could receive further “disciplinary action[s]” should she violate the no-contact orders.

The director of the art therapy program, Megan Robb, “publicly confirmed that Ms. DeJong was under investigation and accused her of ‘misconduct’ and ‘oppressive acts,'” in an email to all 30 students in the program.

ADF stated that the email violated a SIUE policy requiring university employees to “take all reasonable steps to ensure confidentiality” during an investigation of a student.

“SIUE officials are determined to force their graduate students to think and speak exactly the same—or stay silent—and they will punish anyone who steps out of line,” ADF Senior Counsel Gregg Walters, who is representing DeJong, stated in a news release.

“Maggie has always respectfully shared her religious or political views, which every student is entitled to do under the First Amendment,” according to Walters. “It is a sad day for civil dialogue and freedom of speech when universities can issue gag orders like those issued against Maggie for nothing more than expressing her beliefs — beliefs held by millions of Americans.”

The attorney told The Fix during an interview that DeJong “asked the university to change their unconstitutional policies, and the university hasn’t done that. So she’s not the last student that will be impacted by these policies that censor student speech.”

He told The Fix one of the goals of the lawsuit is “to challenge these policies and ensure that students are able to speak freely on campus about their beliefs.” He also noted that ADF is currently representing three students in Idaho who have had similar no-contact orders issued against them.

According to Walters, ADF has “seen speech policies that violate students’ rights consistently,” however, since universities and cultures are now prone to “treating speech as violence.”

The nonprofit law firm stated it has recently seen an increase in no-contact orders being issued as a method to suppress speech and censor students.