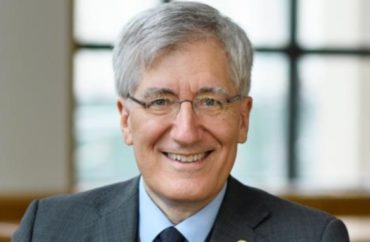 ‘Looking back, I now see that this was the key’

Robert George, a well known conservative professor of jurisprudence and politics at Princeton University, recently provided encouraging advice to younger academics seeking a career in academia in an era of campus cancel culture.

“I did not hide,” George wrote on his Facebook page Sunday. “Although I knew it would be risky, and I might end up as a casualty, from the very beginning of my career I spoke the truth as best I could grasp the truth.”

“…I resolved that I would refuse to be intimidated or bullied. If, as a result, I was knocked out of academia, I’d go do something else. Looking back, I now see that this was the key,” George wrote.

The professor’s comments came about as the result of his initial post about a discussion on marriage he’d had with students, focusing on the complementary nature of men and women, with their bodies as two aspects of a whole reproductive system.

A woman responded: “How is it you haven’t been fired for teaching this? Or protested? Or ordered to stop?”

“I have magic,” George responded. Then he took a more sober tone.

“You deserve a serious answer, Jennifer,” George wrote. “And in case there are any younger or aspiring scholars reading, I should provide it.” He continued:

Some of my older academic friends urged me to hide, to lay low, to stay out of controversies, at least until I got an academic job and got tenure. (As one put it to me, “wait till you get tenure, then you can hoist the Jolly Roger.”) I couldn’t do that. I don’t have the personality to do that. I didn’t want to do that. I went into academic life to seek the truth and to speak the truth as God gave me to understand the truth. If I couldn’t do that, I would have preferred to get a respectable (and perhaps more highly remunerative job)–maybe selling life insurance, or cars.

So I resolved that I would refuse to be intimidated or bullied. If, as a result, I was knocked out of academia, I’d go do something else. Looking back, I now see that this was the key. If you are a dissenter from the prevailing dogmas in academic life, there are bullies who will try to intimidate you if they think they can. But if you make it clear from the beginning that you can’t be bullied (and can’t be rolled, and can’t be bought–they’ll try to do that, by the way, if bullying doesn’t work) then you’ve got a shot. If you make clear to bullies that you are simply not afraid of them … well, in my experience they’ll leave you alone. Oh, they’ll complain about you, and occasionally bare their teeth and growl, or make a feint in your direction, but they won’t take you on.

That, in any case, has been my experience. And, as you can see, I’ve spoken my mind–rather loudly–in defiance of just about all their dogmas, and what has happened? Well, Princeton has showered me with just about every honor and recognition it could.

George added his experience does not mean other conservative scholars will not face bullying, pressure, and perhaps even cancelation themselves. But he said it’s important to speak truth regardless.

“Be determined truth-seekers and courageous truth-speakers,” he wrote. “Make it clear from the start that you will not be bullied into silence or acquiescence.”