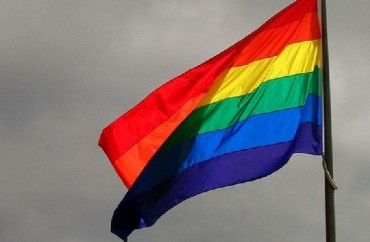 Professor Paul Kengor, Grove City College: “With this decision, the religious persecution will now begin full throttle. These five justices have arrogated and rendered unto themselves what heretofore was the province of the laws of nature and nature’s God – the right to define what is marriage. They have made it no less than a constitutional right. Amazingly, they’ve done so even after several years of watching what leftists – in the name of ‘tolerance’ – will do to those who dare to disagree with them on redefining marriage. …

Gay marriage is a completely new move, but, in a sense, it’s also a very old one that harkens back to humanity’s oldest roots: Ye shall be as gods. Americans are now their own determinants of truth, of right and wrong, of moral absolutes and even of what things mean.” World Net Daily, 6/26/2015

Professor Robert P. George, Princeton University: “How shall we respond to a lawless decision in which the Supreme Court by the barest of majorities usurps authority vested by the Constitution in the people and their elected representatives? By letting Abraham Lincoln be our guide. Faced with the Supreme Court’s Dred Scott decision, Lincoln declared the ruling to be illegitimate and vowed that he would treat it as such. He squarely faced Chief Justice Roger Brooke Taney’s claim to judicial supremacy and firmly rejected it. To accept it, he said, would be for the American people ‘to resign their government into the hands of that eminent tribunal.'”

“Today we are faced with the same challenge. Like the Great Emancipator, we must reject and resist an egregious act of judicial usurpation. We must, above all, tell the truth: Obergefell v. Hodges is an illegitimate decision. What Stanford Law School Dean John Ely said of Roe v. Wade applies with equal force to Obergefell: ‘It is not constitutional law and gives almost no sense of an obligation to try to be.'” First Things, 6/27/16

Professor Carol M. Swain, Vanderbilt University: “As Christians we should be about the business of repairing and strengthening our own marriages and relationships so we can be salt and light to a dying world. Federally-mandated gay marriage in the 50 states is new territory, especially in the Bible belt. If we must live side-by-side with gay couples in a culture with a strong crusading homosexual agenda, our only hope is to strengthen ourselves spiritually and intellectually for the battle that awaits us.” Be The People, 6/27/15

Professor Patrick Deneen, University of Notre Dame: “While many have pointed to the 1973 decision of Roe v. Wade as an obvious historical analogue for the Obergefell decision, to my mind, the insistence that all must conform to the new, official definition of marriage that no civilization has ever endorsed until yesterday seems to be more aptly compared to life under Communism. The likening of ‘denial’ of same-sex marriage to racial bigotry has proven to be a wildly successful tactic—but it is premised on a lie, the lie that the conjugal view of marriage has as little basis in reason or nature as denial of basic rights to people based upon the color of their skin. The analogy’s success has relied upon the loud and insistent demand that we not notice, nor regard as relevant or germane, the fact that men and women are different, and most importantly, that their sexual union is oriented toward reproduction.”

“The ‘monopoly of violence’ possessed by the State is now a main weapon in perpetuating this lie, and will be used mercilessly and without cessation against those who persist on pointing out that it seeks to perpetuate a lie.” First Things, 6/28/15

Professor Steven Hayward, Pepperdine University: “You can’t say we didn’t see this coming. Justice Kennedy grounds his opinion in the ‘liberty interest’ of individuals to happiness. Kennedy is the author of one of the strangest single statements in the entire history of Supreme Court opinions, in the 1992 abortion case Planned Parenthood v. Casey.  There Kennedy defined ‘liberty’ as ‘the right to define one’s own concept of existence, of meaning, of the universe, and of the mystery of human life.’ This is a perfect expression of post-modernist nihilism. But never mind metaphysics. It’s one thing to say equal protection doctrine invalidates laws restricting marriage to the opposite sex, and quite another to ground the right in a fundamental liberty interest, for it is hard to make out any limiting principle to its application. What, according to Justice Kennedy’s principle, would bar the revival of polygamy?” PowerLine Blog, 6/26/15

Professor Mark Bauerlein, Emory University: “The only immediately satisfying response to this decision and to the many reversals social and religious conservatives have suffered in recent years that I can think of is financial. … It’s time for conservatives to apply principles to their purses. Coca-Cola, ESPN, and Walmart are prominent cases of corporate culture warfare, and every time a conservative buys a Coke, watches SportsCenter, or enters the megastore, he helps them do their damage. No conservative likes to turn his consumption into a political act, but when producers enter social issues that have nothing to do with their products, and do so as partisans, the step is forced upon him.” First Things, 6/27/15