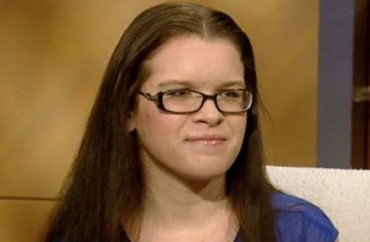 A conservative student at Yale University is being harassed for her beliefs; she’s been called a “bigot,” and has been encouraged by some peers to leave campus.

In an interview Sunday with Fox News, Yale sophomore Aryssa Damron said her views have not always been welcomed at the Ivy League institution.

“I’ve received some negative backlash from students,” she said. “I wear a lot of elephants and conservative apparel on campus, and I have been called a bigot from across crowded hallways simply because of what I was wearing. I had someone tell me last year they could not live with me because I was too conservative.”

“Honestly, I love Yale, and I love what the name can bring to a student,” she said. “[But] I wouldn’t tell my child to go there if they want the best conservative education.”

Damron made those statements Sunday, to which interviewer Tucker Carlson replied: “I really hope it doesn’t bring bad consequences to you when you get back to New Haven.”

Just as he feared, the campus harassment got worse after the interview.

“Within hours of the show’s airing, students on the Facebook page Overheard at Yale were calling for Damron to withdraw from Yale, and some commenters made personal attacks, including asking her to stay away from campus,” the Yale Daily News reported Wednesday.

Damron could not be reached by The College Fix on Thursday for comment.

Damron had been a guest on Fox News as part of a segment reporting on Yale’s decision to allow a Black Lives Matter leader, political activist DeRay McKesson, to guest lecture in a leadership course in Yale’s divinity school.

“I hate seeing that Yale is creating leaders who are going to divide instead of leaders who unite,” she said.

“We have Nobel laureates teaching at Yale, and he just really does not meet the criteria for a Yale professor,” she said, referencing the research she had done on McKesson. “Now we are seeing our money go to bringing professional protesters to campus instead of real professors.”

She also pointed out the other guest lecturers at the divinity school leadership class are senators and reverends who are alumni of Yale, not some “random Twitter star.”

The Yale Daily News reports that “in the wake of the interview, Divinity School administrators reiterated their support of McKesson’s presence as a guest lecturer this fall. Divinity School Director of Communications Tom Krattenmaker said solving issues like civil rights, racial inequality and a discriminatory criminal justice system are the missions of Christian churches across the country.”

Damron is not the first Yale student to speak out about its culture against conservatism.

Former College Fix editor Nathan Harden wrote a whole book on it in 2012: Sex and God at Yale: “Three generations ago, William F. Buckley’s classic God and Man at Yale, a critique of enforced liberalism at his alma mater, became a rallying cry of the conservative movement. Today Harden reveals how a loss of purpose, borne of extreme agendas and single-minded political correctness shielded under labels of ‘academic freedom,’ subverts the goals of higher education.”