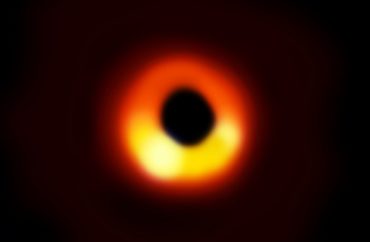 Apparently the scientific consensus that black holes are called black holes because no light escapes their gravitational pull is lost on scholars at one Ivy League university.

A class taught at Cornell University over the spring semester, “Black Holes: Race and the Cosmos,” examined whether the vast blackness of the cosmos and items such as black holes are racist.

“Conventional wisdom would have it that the ‘black’ in black holes has nothing to do with race. Surely there can be no connection between the cosmos and the idea of racial blackness. Can there? Contemporary Black Studies theorists, artists, fiction writers implicitly and explicitly posit just such a connection,” the class description states.

“Theorists use astronomy concepts like ‘black holes’ and ‘event horizons’ to interpret the history of race in creative ways, while artists and musicians conjure blackness through cosmological themes and images,” it states.

The class was highlighted in a column by scholar Heather Mac Donald published this week in City Journal:

Physicists at MIT and SUNY Stony Brook recently announced findings that the total surface area of two black holes was maintained after the two entities merged. While this research was a welcome confirmation of both Stephen Hawking’s work and the theory of general relativity, it failed to address a crucial matter: what were its racial implications?

That is a lacuna that an astronomy course at Cornell University aims to prevent. “Black Holes: Race and the Cosmos” asks the question, “Is there a connection between the cosmos and the idea of racial blackness?” Anyone familiar with academia’s racial monomania knows the answer: of course there is! Though “conventional wisdom,” according to the catalog description of “Black Holes: Race and the Cosmos,” holds that the “‘black’ in black holes has nothing to do with race,” astronomy professor Nicholas Battaglia and comparative literature professor Parisa Vaziri know better.

Battaglia and Vaziri puncture the “conventional wisdom” by drawing on theorists such as Emory University English professor Michelle Wright. Wright’s book, The Physics of Blackness: Beyond the Middle Passage Epistemology, invokes “Newton’s laws of motion and gravity” and “theoretical particle physics” to “subvert racist assumptions about Blackness.” The Cornell course also studies music by Sun Ra and Outkast to “conjure blackness through cosmological themes.”