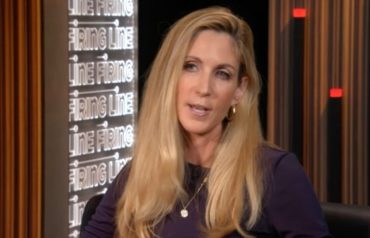 ‘We want accountability for her extremist rhetoric that qualifies as hate speech,’ Cornell students wrote

Cornell University has denied a student petition to disinvite conservative speaker Ann Coulter from campus for an event this evening.

The Cornell Campus Activities Office informed The Cornell Daily Sun that there were “no intentions” to cancel Ann Coulter as guest speaker, the paper reported in a November 7 opinion piece describing the authors’ efforts to have the invitation revoked.

The Network of Enlightened Women, a conservative women’s group, will welcome Coulter, an alumna of the school, to speak at a leadership event this evening.

“Given Ann Coulter’s history of spreading white supremacist ideals and provocatory statements meant to instigate instead of foster productive conversations, Cornell should prevent such a spread of hateful rhetoric by canceling this event,” they wrote.

“We are not seeking to ‘cancel’ her merely for identifying as a conservative,” the authors continued. “Rather, we want accountability for her extremist rhetoric that qualifies as hate speech. She has fomented alarmism over white genocide, declared that racism against people of color does not exist in America and claimed women should not have the right to vote ‘because women see the government as their husbands.'”

The authors cited the Southern Poverty Law Center to substantiate the “white genocide” charge. The organization called Coulter a “white nationalist” based on writings on her own website.

“The Census Bureau recently estimated that whites already account for less than two-thirds of the population and will be a minority by 2050,” Coulter stated on her website. “One may assume the new [non-white] majority will not be such compassionate overlords as the white majority has been,” she wrote. “If this sort of drastic change were legally imposed on any group other than white Americans, it would be called genocide.”

“A petition created by the co-writer of this article, Troy Moslemi ’24, has been circulating with hundreds of students in favor of not having Coulter on campus,” the authors wrote.

The authors also questioned the value of free speech.

“Free speech assumes that there are no inequalities, which allows everyone to have an equal voice,” they stated. “Therefore, Cornell University not preventing Ann Coulter from speaking on campus upholds the status quo whereby an oppressive class has the largest voice.”

Robert Platt, a graduate of Cornell College and Cornell Law School, offered an opposing view in a letter to the editor published November 8.

“The op-ed is more performance art than a reasoned argument for violating Cornell’s commitment to free speech and viewpoint diversity,” Platt wrote, as Cornell has already rejected the call for cancellation when the op-ed was published.

“Students, faculty, staff and alumni all work together to make Cornell better by transferring knowledge, new ideas and resources so that current students can have a great education and learn to think for themselves,” Platt continued. “No Cornellian agrees with Coulter completely. The educational value comes from sorting through the ideas that she will present and then deciding what is worth keeping and why.”