A Cornell University scholar cited in a recent New York Times piece tying slavery to capitalism was previously found to have inflated statistics, invented facts, and altered quotes, according to fellow academics in his field.

In an October 2016 paper, scholars Alan Olmstead of the University of California Davis and Paul Rhode of the University of Michigan harshly criticized the research of Cornell’s Edward Baptist presented in Baptist’s 2014 book “The Half Has Never Been Told.” In the book, Baptist argues that modern capitalism still contains many of the remnants of slavery and America’s current economy is still influenced by the exploitation of slaves.

Among charges leveled by Olmstead and Rhode were accusations Baptist concocted numbers out of thin air and that Baptist fabricated research to fit his narrative. At a public event at Dartmouth University in 2016, Olmstead decried Baptist’s work as “hocus pocus” while he waved an imaginary wand in the air.

In an email to The College Fix, Rhode said he preferred “more open discussion and debate about important issues.”

“What bothered me was when Ed Baptist dropped out of public debates about his work (methods and findings),” Rhode said. 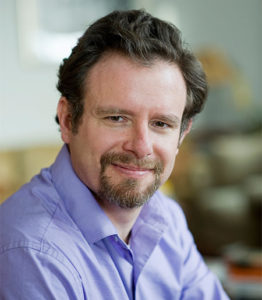 Yet Baptist (pictured) was quoted approvingly by Princeton Professor Matthew Desmond in a recent essay for the New York Times’ “1619” project, which is intended to reframe the nation’s history around the narrative of slavery. Desmond’s piece states that in “order to understand the brutality of American capitalism, you have to start on the plantation,” and he then quotes Baptist saying that before the Civil War, Americans “lived in an economy whose bottom gear was torture.”

Baptist has also been cited by influential opinion journalists such as Ta-Nehisi Coates, who recently used the scholar’s figures to argue in favor of reparations for African-Americans.

“By 1836 more than $600 million, almost half of the economic activity in the United States, derived directly or indirectly from the cotton produced by the million-odd slaves,” Coates testified at a congressional hearing in June.

Yet according to Olmstead, Rhode, and others, the $600 million number appears to be fabricated, using double and even triple-counting to arrive at an inflated figure.

In his book, Baptist says that in 1836, cotton production was valued at $77 million, or around five percent of the nation’s entire gross domestic product. Yet he says cotton contributed to $600 million in economic activity that year, or half of all the economic activity in America.

Olmstead and Rhode charge that Baptist “adds the value of inputs used to produce cotton, though this double counts costs already subsumed in the cotton’s price.” They claim Baptist “adds the estimated value of land and slave sales, though asset sales are not counted as a part of GDP.”

“Further, he inexplicably adds the ‘money spent by millworkers and Illinois hog farmers,’ and so on,” they add. “If one extended this faulty methodology by summing the ‘roles’ of cotton with a few other primary products, the amount would easily exceed 100 percent of GDP, which of course makes no sense.”

In a blog post following Coates’ testimony, Senior Research Fellow at the American Institute for Economic Research Philip Magness called the $600 million number “unambiguously false.” On Twitter this week, Magness said the “1619” project “contains multiple blatantly false empirical claims about the relationship between slavery and capitalism that a consensus of economic historians reject.”

Baptist did not respond to a request from The College Fix to comment.

Olmstead and Rhode also challenge Baptist’s assertion that the growth in cotton production was due to more vigorous torture being levied by slaveholders. Their research suggests that larger yields were primarily a result of advances in agriculture, most notably better seed varieties.

“We are not deniers that there was whipping and torture,” Rhode told the Washington Post in 2016. “But they were bringing in cotton that was easier to pick. Baptist basically ignored that alternative.”

In order to make the case that higher yields were the result of the brutalization of slaves, Baptist uses a number of first-person accounts from slaves that he shows back his theory. Yet Olmstead and Rhode demonstrated that in several cases, Baptist altered the slaves’ quotes to buttress his argument.

For instance, slave Sarah Wells of Little Rock, Ark., said: “Some of the slaves would pick five hundred pounds of cotton in a day; some of them would pick three hundred pounds; and some of them only picked a hundred. IF YOU DIDN’T PICK TWO HUNDRED FIFTY POUNDS, THEY’D PUNISH YOU, put you in the stocks.” (emphasis in the original.)

Yet Baptist’s quote from his book reads: “Sarah Wells remembered that near Warren County, Mississippi, where she grew up, some slaves picked 100 pounds a day, some 300, and some 500. But if your quota was 250 pounds, and one day you didn’t reach it, ‘they’d punish you, put you in the stocks’ and beat you.”

As Olmstead and Rhode point out, Wells makes no mention of individual quotas, which Baptist’s version implies. Further, Baptist adds “and beat you” to Wells’ recollection.

“These are not cases of reading between the lines, filling in the gaps based on other accounts, or cleaning up the language to avoid offense,” wrote Olmstead and Rhode in the 2016 paper. “These are cases of misattribution and obfuscation, of dropping the narrators’ own words, or of changing their meaning in ways that advance Baptist’s argument.”

“The problem of quotations differing in a material way from the source and of inaccurate, incomplete, and misleading citations are not limited to these examples, all drawn from one page. A direct and accurate reading of the narratives does not support Baptist’s argument.”