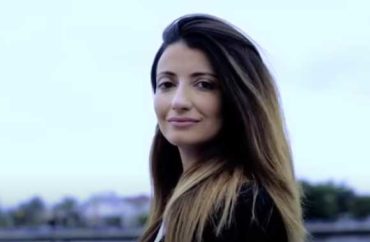 A New York City councilwoman has withdrawn $50,000 in discretionary funds allocated to the City University of New York Law School due to faculty support for Palestine and against Israel.

Inna Vernikov (pictured), one of only five Republicans on the city council, pulled funding from a CUNY program that provides legal aid to poor residents and directed it to Legal Services NYC, which provides the same assistance, according to The Post Millennial.

Vernikov, a Jewish woman born in Ukraine, took issue with a resolution from CUNY law professors that called for boycott, divestment and sanctions against Israel. “The CUNY Law School faculty council approved an anti-Israel resolution supporting the pro-Palestinian boycott, divestment and sanctions movement,” the New York Post reported on May 18. The resolution is the same as one passed in December by the student government.

“It seems as if antisemitism is the only politically acceptable form of racism which exists. We must stop handing out free passes to anti-Semites like candy,” she told the New York Post.

https://t.co/NBq4WbO9Mj “It seems as if Antisemitism is the only politically acceptable form of racism which exists. We must stop handing out free passes to antisemites like candy,” said Vernikov.

“During a time when antisemitic hate crimes are up by 300%, it is incumbent upon our academic institutions to do everything in their power to protect their Jewish and pro-Israel students, not pass resolutions which directly place them in harm’s way,” Vernikov told the Post.