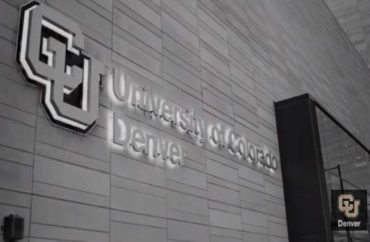 OPINION: Qatar’s prospects across American universities are hardly innocuous and come loaded with a deeper agenda

Over the past few years, CU Denver has published a number of articles describing in detail the growing and deepening relationship with the state of Qatar.

One article from 2017, which appeared in CU Denver Today, was titled “Strengthening Partnerships with on-the-move Qatar,” describing a trip to Doha by a delegation of CU Officials that included then-president Bruce Benson and Chancellor Dorothy Horrell.

During the visit, President Benson was invited to meet with Qatari Prime Minister Abdulla Bin Nasser Bin Khalifa al-Thani at the Ministry of Interior in Doha. Members of the CU delegation also met with the president of Qatar University, the Minister of Education, and other senior officials. They were also given a tour of Doha’s Education City, the flagship initiative of the Qatar Foundation.

Chancellor Horrell described her aims for the trip to Qatar: “[…] to deepen our relationships and explore new opportunities, and I came away feeling we were enormously successful.”

Another article appeared on the CU Denver Business School website in 2016 and covered the graduation of Nasser al-Thani, the son of the Qatari Prime Minister Abdulla Bin Nasser Bin Khalifa al-Thani. In addition to reporting on the Prime Minister’s attendance of the commencement ceremony, the article also elaborated on a visit to CU Denver by a Qatari delegation, where “considerable time” was spent discussing potential relations between CU Denver and Qatar.

One of the prospective relationships between CU and Qatar discussed suggested that Qatari students study at the National Center for Media Forensics at CU, gain experience by working with U.S. law enforcement agencies, “and then share that knowledge back home in Qatar.”

Another, which interested the Qataris, was with CU Denver’s architecture and engineering schools with the aim of assisting in the major infrastructure efforts underway for the 2022 FIFA World Cup stadium in Qatar.

There is, of course, already plenty of reasons to be wary of any partnership between CU Denver and Qatar given its deplorable human rights record, its well-documented sponsorship of terrorist organizations, and its alliances with states unfriendly to the U.S. and its allies.

According to the Qatari criminal code, fornication and alcohol consumption are punishable with 100 lashes, and adultery is punishable by death. What’s more, under Qatari Sharia law, stoning remains a legal form of punishment, homosexuality is punishable by death, blasphemy and the proselytization of any religion other than Islam are met with imprisonment, and the crime of leaving the religion of Islam warrants the death penalty.

Qatar has also been accused of engaging in human trafficking and slavery. The small Gulf state imports a massive number of foreign laborers from countries in Africa and South Asia, which make up over 90 percent of its population.

Migrant workers are commonly subject to beatings, withholding of compensation, restriction of movement and travel, arbitrary detention, charging workers for otherwise guaranteed benefits, and a number of other fundamental deprivations of human rights. In some cases, some workers have gone months without pay and weeks without electricity and running water.

These are the same imported laborers working to build the FIFA 2022 World Cup stadium, which Qatar hopes to work with CU Denver to assist in developing.

Qatar has also been accused of sponsoring terrorist organizations and radical Islamist ideology across the globe. In addition to providing direct support to Hamas, Hezbollah, Al Qaeda, the Taliban, and other terrorist organizations, it also puts in an enormous effort to promote the hardline Islamist ideologies of the Muslim Brotherhood to the world through the Al Jazeera network.

Qatar’s prospects across American universities are hardly innocuous and come loaded with a deeper agenda.

Through the Qatar Foundation, an education-focused nonprofit directly operated by the royal Al-Thani family, Qatar exerts tremendous influence across American campuses. In the last five years alone, Qatar Foundation has spent more than $700 million in gifts and contributions to U.S. colleges – more than any other country in the world.

But beneath the surface, Qatar Foundation – which effectively operates as an arm of the Qatari government – also serves as a vehicle for global Islamist networks. The organization itself has been linked to the Muslim Brotherhood, and has even named one of its facilities after Yusuf al Qaradawi, the spiritual leader of the Muslim Brotherhood who has an extremely long and ugly history of endorsing violence and Jihadist terrorism, promoting anti-Semitism and homophobia, and preaching the downfall of America.

In light of Qatar’s activities, in May 2019 I submitted a Freedom of Information Act request to CU Denver hoping to obtain any records pertaining to meetings, donations, gifts, and any correspondence between CU Denver, and any individuals and organizations originating from Qatar.

The response I received from a member of the University Council stated, first, that CU Denver did not have any contracts with Qatar, and second, that they did not query the chancellor of her travel plans to Qatar or any related correspondence, and further, that since that information contained details about current or potential future donors, the university was not subject to disclose it.

Contrary to what the University Council member said, as noted in a recent U.S. Department of Education report on foreign gifts and contracts and American colleges, CU Denver does have contracts with Qatar to the tune of over $250,000 from an organization in Doha called “Primary Health Care Corporation.”

Later I was told by the office that the reason the Qatar’s contract didn’t appear in my FOIA query was because my request only included CU Denver’s downtown campus, and the contract for services that appeared in the list was for CU Denver’s Anschutz medical campus.

“Primary Health Care Corporation is governmental healthcare corporation established by the state of Qatar as a nonprofit healthcare provider to advance health and well-being through primary health care services,” Meme Moore, a media relations manager for CU Denver, told The College Fix. “The contract is to provide a clinical pharmacy training program for the pharmacists and doctors of Primary Health Care Corporation.”

But given the deep relationship between CU Denver and Qatar as well as Qatar’s massive prospects on American campuses, it’s highly likely that the $250,000 contracts are just the tip of the iceberg. That the Prime Minister of Qatar, with a net worth of $2.4 billion and who has a direct interest in establishing influence in U.S. colleges, would only give a mere quarter-million dollars to his son’s alma mater should raise some eyebrows.

In addition to taking extensive measures to identify the undisclosed sources of Qatari money to the university and where it’s all going, the school should consider the fact that one of Qatar’s most current priorities is to propagate hardline Islamist and anti-American ideologies by using college campuses as a vehicle, which should be reason enough to cut its ties with Qatar altogether.

Lending CU Denver students to assist in construction projects built off of slave labor, one would think, goes directly against the school’s values and principles. And it hardly needs mentioning how unwise it would be to allow the Qatari government to study American law enforcement and global security procedures at the National Center for Media Forensics, all the while, providing direct to terrorist organizations which seek to do us harm.

If CU Denver truly wishes to fulfill its stated aims as an institution which believes in social justice, peace, equality and human rights, among other things, then it should not be hesitant in questioning and reconsidering its relationship with Qatar.

UPDATE: This article has been amended to clarify the public records request and the contract for services. 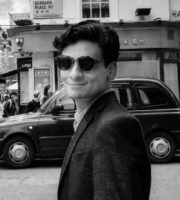