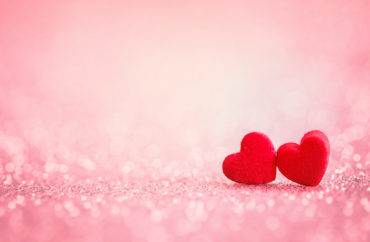 The alternatives are much worse

Observing the dearth of love in pop culture today, University of St. Francis professor David Masciotra recently noted the utter lack of romantic pretense in his own students: “Most of the young men and women wear sweat pants and moccasins, rarely speak, and spend more time looking at their phones than each other.” This depressing spectacle, Masciotra wrote, is the result of “an increasingly vulgar and transactional ‘hookup culture'” that prizes meaningless sexual encounters over genuine romance.

That may or may not be the case. What seems self-evident is that a great deal of the social environment on campus, including the ever-present and ever-more-depraved and tiresome “Sex Weeks,” have indeed contributed to a dearth of romance and love there. These quaint socio-cultural benchmarks—flirting, dating, wooing, falling in love—may seem like hopelessly outmoded ideals to many students, particularly those who have just attended an anal sex workshop and participated in a condom dress-up contest. But these principles are actually quite lovely and useful, and they are assuredly more pleasant than the jaded, desultory sexual culture that marks so much of campus life today.

Better dating—which leads, ideally, to better love—does require some work. It kind of necessitates, for instance, that young men and women take better care of themselves—that they opt to carry themselves with a little more dignity, and dress themselves a little better than workout clothes and slippers. Standards of dress have declined precipitously on campus in recent years, with the obvious and foreseen effect that most other standards have declined as well. The way we dress is meaningful; it presents a certain set of values and sets a certain tone. Nobody wants to go on a date with someone in gym clothes; nobody really wants to ask someone out on a date in those, either.

Love and romance are, and are supposed to be, fun; they are gratifying on a deeper level, as well. It is a shame that less and less people see the vale in such things. The alternatives—hookups, regrets, an endless, dead-eyed swiping of the smart phone—are quite awful, and worth avoiding.