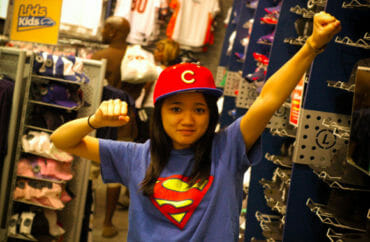 DC Comics, one of the “Big Two” comic book companies (Marvel being the other), plans to roll out two new imprints, the target audiences of which will be middle schoolers and young adults.

According to Bounding Into Comics, DC Zoom and DC Ink will “look to introduce readers to difficult and divisive political issues” using company marquee characters such as Superman, Batman, and Wonder Woman.

[Executive Editor] Bobbie Chase describes them as “character studies, not necessarily superhero stories.” The New York Times explains the DC Zoom titles will tell stories about “characters who are figuring out the world around them, including dealing with parents and teachers.” They describe the DC Ink stories will focus “more on questions of personal identity, with budding heroes deciding what paths they will take.”

It appears a number of the titles will focus on political issues as well. The New York Times spoke to Ridley Pearson who will be working on the Super Sons graphic novel [featuring the sons of Superman and Batman]. He told them the book will “tackle climate change.”

The Gene Yang book also looks to have Superman take on the Ku Klux Klan. Michele Wells didn’t go into the book, but did say, “If anyone can make a bold statement with Superman, it is Gene Yang.”

The Man of Steel goes after the KKK … because those nuts are such a problem in contemporary America. Right.

Whenever you hear word of modern comic book stories “taking on” some politically charged topic, you can bet it won’t be favorable to the conservative/libertarian side of the issue.

Just look at what DC offered five years ago: The Movement by writer Gail Simone, based on the various “Occupy” movements that began in 2011. Simone is a well-known hardcore progressive on social media, and her ignorance regarding the very nature of those Occupy movements (and the media coverage thereof) is laid bare in this interview.

Need we bring up Simone’s reaction to the death of US Supreme Court Justice Antonin Scalia? “It’s not in my nature to celebrate someone’s death. But I’m delighted that homophobic racist is off the Supreme Court.”

In 2016, writer John Semper had a rather … interesting take on the DC character Cyborg: The black Justice League member’s “greatest danger” was not a powerful, murderous super-villian. On the contrary, it was being a black man in Detroit.

And who can forget DC being “reportedly leery” of having legendary creator Frank Miller have Batman go after al Qaeda? Captain America can punch Hitler in the face — and even go after the Tea Party  — but battling al Qaeda? That’s too controversial!