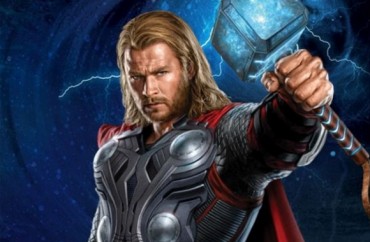 University of Missouri protestors, you had to have known this was coming, that someone would call you out for your over-the-top shenanigans. Let’s recap, shall we? The primary catalyst for your protests, the now infamous “poopstika,” has been largely discredited. Your class president willingly spread misinformation about a KKK sighting on campus. A liberal, voted-for-Obama-twice writer has documented why your protests are, in all likelihood, predicated on a sham. Members of your “movement” have sunk so low as to complain that the horrific and barbaric terrorist attacks that at latest count left over 120 dead and many dozens more wounded in Paris have stolen your spotlight.

You can’t make this stuff up.

I will do you the courtesy of engaging you as adults—because we live in a liberal democracy where ideas are of the utmost value—even though you are failing miserably to live up to that designation at the moment.

I attended a rally organized and run by, and in support of, minorities and persons of color at my own University of Michigan several days ago. The protestors said many, many things—things that clearly pained them, kept them up at night, and ate away at them during the day. It was plain for all to see that they spoke from places of anger, confusion, and even resentment.

One young woman shouted “The United States is supporting racism by allowing the KKK [to exist] … they’re allowed to have rallies yet peaceful protestors aren’t allowed to protest without the fear of police brutality or having their lives taken!”

Never mind that their very own protest was permitted to run uninterrupted for several hours and that the favored catch-all progressive piñata—the police—was nowhere to be found. Nearly all the statements that night were explicitly and nauseatingly racialized, even when the point could have been made quite soundly without the angst-y, petulant, and antagonistic race-baiting these students seem to believe rises to the level of serious argument. One Black woman apparently thought it crucial to announce to nearly 200 onlookers: “I don’t fuck with non-enlightened white people!”

Quite, ma’am. Now, what is your point, precisely? That all White people are bad? That minorities can do no wrong simply in virtue of their being minorities? That if Whites don’t buy the pseudo-moralizing and faux argumentation you’re attempting to shove down their throats lock, stock, and barrel—crass bigots!—they are, to quote Justice Scalia in another context, hostes humani generis, enemies of the human race?

Remaining mired in and therefore trapped and defined by the past stymies progress. I have seen friends cast this series of protests and rallies as an extension of MLK’s Civil Rights Movement. I have a not so sneaking suspicion MLK would be deeply disappointed in these young college students’ ideology (a large part of which results in squelching free speech), tactics (mob intimidation), and general disposition (excessively fragile and prone to identifying invidious racism where simple bad manners or carelessness might have sufficed as the explanation).

You have an overly romanticized view of the “what,” “how,” and “why” components of your struggle, my friends. Devolving into manic rants about privilege, oppression, marginalization, “safe spaces,” and “hate speech”—all while you make damn good use of that First Amendment you seem to despise so passionately, I might add—and then devolving into mobs (which could have been inspired personally by either Mao or Robespierre), hell-bent on executing cleansing purges of people whose only fault was being insufficiently sensitive to your eccentric, hypersensitive sensibilities is pathetic and irresponsible at best, and fascist at worst.

It certainly isn’t any way to win converts to your cause; it will not convince anyone even remotely undecided on the issue, nor anyone who genuinely values free speech and basic decency.

While we’re at it: Why all the fury directed at Mizzou’s president and chancellor, anyway (both of whom you bullied into resignation)? What does this achieve? It makes about as much sense to demand the resignation of a company’s CEO after one of its rank-and-file employees insults you.

If you want real change to occur, why settle for these lowly university administrators and bureaucrats, anyway? Why not take the rage all the way up to the President of the United States, under whom life for Black Americans is demonstrably worse?

Some food for thought, before we go our separate ways. Consider the recent atrocity committed by ISIS on France and her people. These terrorists are intolerant and hateful of our way of life: one of liberty, opportunity, predictability, safety and prosperity. If you feel the need to name a threat and ensure your security, look to ISIS and other backward, close-minded, repressive groups and regimes patterned off them, not the benign democracies in which you live and uberchic universities in which you study.

Those barbarian savages are the real threat to freedom and progress, not those at home with “privilege” or those in the “majority” who don’t accept your lived experience as Gospel truth for the claims you make or those who fail to coddle you sufficiently.

So the next time you feel the urge to rally, demonstrate, and scream about there not being enough safe spaces for you, consider the blessings you do have. That you can even level such a charge and not be thrown in jail and in virtually assured safety is a testament to how good you have it.

Read some history to see for yourself how swiftly and how deeply societies backslide and the related horrors they accomplish when they turn their backs on sound principles such as government by consent of the governed, the rule of law, freedom of speech, and individual liberty. You won’t like it, this I can promise you.

And for goodness’ sake: Check your privilege.