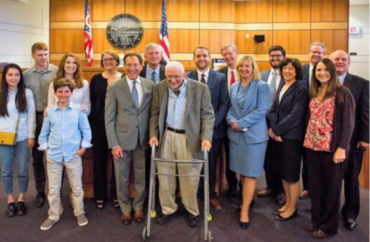 The Ohio Supreme Court has rejected a request to hear Oberlin College’s appeal of a verdict against the private, Ohio school — meaning the family-owned bakery that won a defamation lawsuit against the institution can finally collect on the multi-million judgment it was awarded by a jury in 2019.

Originally, the judgment against Oberlin was $44 million, but a state law limited the final amount to $25 million, plus $6 million in attorney’s fees. Interest on the judgment has raised the total to about $36 million.

“On behalf of the Gibson family and the trial team, truth still matters, David can still overcome Goliath,” the Gibsons and their attorneys said in a statement sent to several news outlets after the decision came in.

In a statement to the Chronicle-Telegram, Oberlin College expressed disappointment.

“Oberlin is disappointed that the Ohio Supreme Court has chosen not to hear our appeal of the Gibson’s Bakery judgment against the college,” the college said. “The issues raised by this case have been challenging, not only for the parties involved, but for the entire Oberlin community.”

“We remain committed to strengthening the partnership between the College, the City of Oberlin and its residents, and the downtown business community. We will continue in that important work while remaining focused on our core educational mission.”

William Jacobson, a Cornell University law school professor who has followed the case closely, said the Ohio Supreme Court decision is pretty much the end of the line for Oberlin’s appeal options.

“I would not be shocked if they tried, but they would have to obtain another stay of enforcement of the judgment from the U.S. Supreme Court, another major hurdle that has little likelihood of success.”

Earlier this month, the Ohio Supreme Court ruled that Oberlin College could wait on paying the judgment while the appeal request was pending. 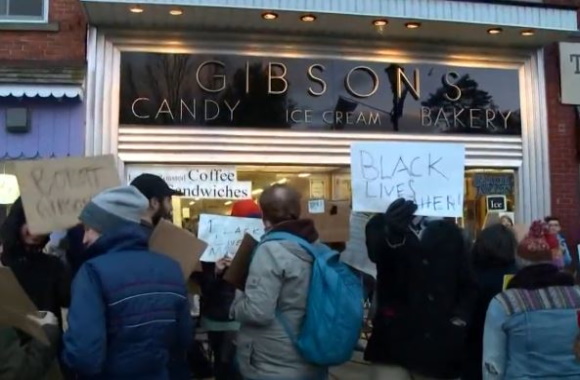 The case itself became a nationwide news story three years ago, when the initial judgment was handed down.

In November 2016, a black Oberlin student was caught trying to steal a bottle of wine from Gibson’s. While chasing him outside the store, a Gibson’s employee wrestled with the student and two other Oberlin students. Police arrived at the scene, and nearly a year later, all three students pled guilty to various crimes.

Despite the students’ admissions of guilt, campus racial grievance groups took action to harm the bakery. Student groups accused Gibson’s of having racially profiled the three students and pushed Oberlin to sever all ties with the bakery, which had supplied its cafeterias with food.

The actions taken by the school were declared defamatory by a jury in 2019.