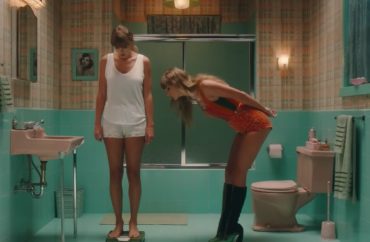 Swift’s defenders tried to make a feminist case, but they got stuck in white supremacy

Defenses of Taylor Swift’s “Anti-Hero” music video scene involving her alter ego’s disgust at seeing “FAT” on the scale are not only fatphobic, they are white supremacist, according to philosopher Kristin Rodier and Professor of Environmental Studies Heather McLean in a December 12 article for The Conversation.

Many on Twitter and elsewhere denounced the scene as “fatphobic” and Swift removed part of the scene from the video in October in response to her critics, NBC News stated.

The professors, in their Dec. 13 piece, described themselves as “white feminist scholars committed to anti-racist and decolonial practices who work on divisions within feminist politics as they appear in art practices.”

“Some have raised concerns that Swift’s removal of the scene from the video watered down her feminist message,” Rodier and McLean wrote. “This suggests that fat becomes a feminist issue only in the context of the harms of eating disorders from a white woman’s perspective, within market-friendly celebrity feminism.”

“In the scene, Swift’s two selves, the real her and her ‘anti-hero’ character, are in a bathroom,” Rodier and McLean summarized. “As Swift’s real self stands on a weighting scale, her anti-hero persona peers downward and the word ‘FAT’ appears on the scale. Swift’s face appears disgusted.”

In contrast, Swift’s defenders responded that the video was, in fact, feminist because it revealed the social pressure placed on women to be thin.

“It’s not that she thinks being fat is a bad thing, but that she was made to believe that it was,” Tomás Mier argued in Rolling Stone. In other words, Swift is a victim of fatphobia, not a perpetrator of it.

However, in defending her work from this perspective, Swift and her champions are guilty of more than fatphobia; they are acting under white supremacy, Rodier and McLean wrote.

They are assuming a narrow understanding of feminism that applies exclusively to white women, like Swift, who are subjected to particular pressures to be thin that may be different from those experienced by non-white women.

“Swift’s silence and her angry defenders reveal a complicity in reproducing white supremacist fatphobia,” the authors stated. “The rhetoric erases the fatphobia experienced by Black women and other racialized people.”

“Swift’s defenders also promote the ‘white feminism’ idea that feminism is about individual empowerment, letting artists off the hook of answering for the injustices reiterated in their art,” the professors wrote.

Even more, Swift’s work incorrectly casts fatphobia as “a personal flaw rather than a systemic social issue,” according to the authors.

Fatphobia is “also known as anti-fat,” and it “is the implicit and explicit bias of overweight individuals that is rooted in a sense of blame and presumed moral failing,” according to Boston Medical Center. “Anti-fatness is intrinsically linked to anti-blackness, racism, classism, misogyny, and many other systems of oppression.”