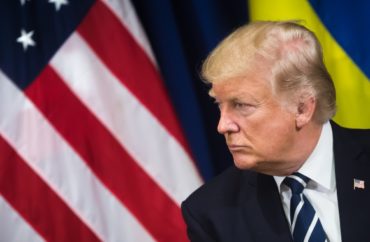 Democratic college students blame President Donald Trump more than the Chinese government for the global spread of the coronavirus, according to the results of a recent poll commissioned by The College Fix.

The online poll of 1,000 college students nationwide asked: “Who has played more of a role in the global spread of coronavirus?” The choices were “President Trump,” “the Chinese government,” “both equally” and “neither/something else.” 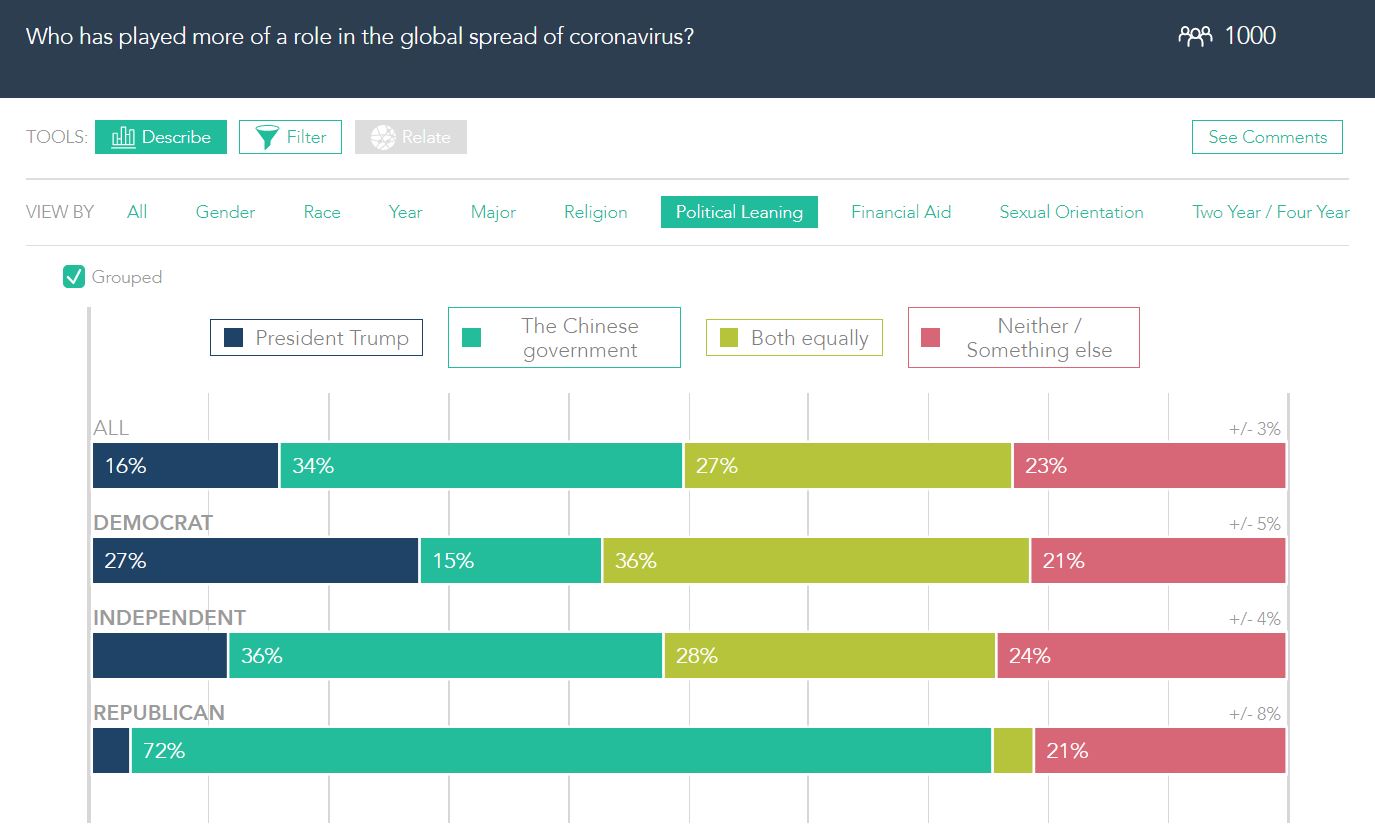 Only 3 percent of Republican students blame Trump and the Chinese government equally, as opposed to 36 percent of Democratic college students who do and 28 percent of independents who do.

A look at the results overall found that of the 1,000 college students polled, 16 percent blame President Trump more, 34 blame the Chinese government more, 27 blame both equally, and 23 selected neither/something else.

The student poll was conducted April 6 exclusively for The College Fix by College Pulse, an online survey and analytics company focused on college students. The sample was drawn from College Pulse’s undergraduate student panel that includes over 270,000 verified students representing more than 900 different colleges and universities in all 50 states.

In the comments section of survey, students have the option to weigh in on the poll questions. Here are some of the students’ responses:

Auburn: If you mean “who could’ve changed the course of this outbreak more?” Then it’s China. Not nipping it in the bud at the very beginning led to all this, along with countries not taking it seriously.

UTEP: 90 fucking percent of Americans are locked in their homes under penalty of fines and jail, how the fuck are we “not taking it seriously?”

Arizona State: Now we are (even then, there’s still people going to church and traveling unnecessarily), but plenty of civilians and our own president were denying the potential severity and extent of the virus as recently as mid-fucking-march. The Florida spring breakers that have since apologized for example? Happened just 2 weeks ago. If our government (I’m mostly talking about the federal government here, most states have taken the lead themselves to keep people since the government was doing fuck all) had taken it seriously before it started to kill Americans and acted early, perhaps things wouldn’t be as bad as they are.

Notre Dame: I can understand if you say both equally, but putting the blame entirely on Trump does not make sense.

Bossier Parish Community College: Those who wouldn’t cancel their international trips after they found out the dangers and risks of COVID 19.

YOU VOTE: What should universities do about spring commencement ceremonies?