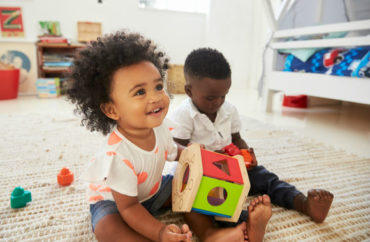 Religious organizations have long faced explicit discrimination from the government, owing to their religious character.

Now that the Supreme Court has made clear that this is unconstitutional in the context of nonreligious services provided by religious organizations, the Department of Education is following suit.

Secretary Betsy DeVos* told a private-school conference this week that the department would no longer enforce provisions of the law that ban school districts from “contracting with religious organizations to provide equitable services on the same basis as any other organization.”

It consulted with the Justice Department before determining that the high court’s Trinity Lutheran decision, which ruled against Missouri for withholding playground-resurfacing grants to a Christian school, nullified those provisions of the Elementary and Secondary Education Act, the department said in a release.

It will continue enforcing provisions that require educational services provided by religious organizations to be “secular, neutral and non-ideological,” while ensuring that “otherwise eligible recipients cannot be disqualified from a public benefit solely because of their religious character.”

“Equitable services” include special education, tutoring and mentoring, and federal law lets school districts hire contractors to provide such services, according to The New York Times.

Under ESEA, whose current version is the Every Student Succeeds Act, districts have to offer low-income or vulnerable students who attend private schools the same services that their public-school counterparts get. The law prohibits the money from going directly to say, Catholic schools, however. Instead, districts must consult with private school leaders to get a sense of their needs. Then they can provide the services themselves, or work with a contractor to offer them. The provision is known as “equitable participation,” and it has been part of the law for decades. ….

Under ESSA, it’s already OK for a religious organization (say a Catholic university) to provide services to a school district (say professional development for educators) using federal funds, a department official noted. The only prohibition in the law was on contractors working with private schools.