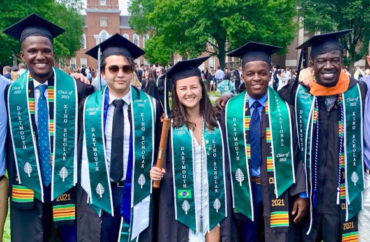 Two weeks ago, Dartmouth College announced it would be “expanding” its “longstanding need-blind admissions policy” to include international students.

A “need-blind” policy prevents a school from considering the amount of financial aid a student would require if they were to gain admission to the school.

In boasting of the need-blind policy for international students, Dartmouth said it “now employs the same procedures to evaluate international applicants as it already uses when considering applications from U.S. citizens and permanent residents.”

But a lawsuit filed just three days before Dartmouth’s announcement alleged the school does not, in fact, use a need-blind method to accept students.

Instead, the lawsuit alleges, Dartmouth was part of a 16-school “cabal” that conspired to limit financial aid awards and thus drove up the cost of attendance for students at a variety of prestigious schools.

The lawsuit, filed in Illinois federal court by five former undergraduates who attended some of the universities accused of wrongdoing, alleges the schools illegally colluded to limit the amount of financial assistance they offer students.

Such a practice would save schools money and prevent students from fleeing to competitor campuses that offered more generous financial aid packages.

“Dartmouth and Notre Dame engage in need-aware admissions through ‘enrollment management,’” the students allege. “This is the systematic integration of the functions of admissions, the relationship between tuition and fees (pricing) and financial aid, and student retention, along with the use of research to inform institutional policies and practices.”

The lawsuit alleges one of the key purposes of enrollment management is “to limit the number of financial-aid-eligible applicants who are admitted to the institution to achieve financial and budgetary objectives.”

“The effect of these practices is to disadvantage applicants based on their need for institutional financial aid,” the lawsuit states.

A spokesman for Dartmouth did not respond to questions posed by The College Fix about the school’s admissions policies.

The lawsuit hinges on Section 568 of the “Improving America’s Schools Act of 1994,” which generally grants schools an antitrust exemption as long as they accept students on a need-blind basis. The students allege a number of these schools practiced need-aware admissions, and thus should not be exempt from antitrust regulation.

Dartmouth, however, has maintained that it has practiced need-blind admissions policies all along. In its statement announcing the new “expanded” need-blind policy, the school emphasized its efforts in making a Dartmouth education affordable, noting it had made nearly $372 million in commitments to date.

The school also produced a video celebrating the new application of need-blind admissions to international students.

“Our expanded need-blind policy reassures any applicant regardless of citizenship for whom affordability is a question that financial need won’t be a factor in the admissions outcome—and as always, Dartmouth will meet 100% of demonstrated need for every accepted student,” said Lee Coffin, vice provost for enrollment and dean of admissions and financial aid.

But the students’ lawsuit targets Coffin specifically, suggesting that because of his role in balancing the school’s books, he may not be telling the truth about Dartmouth’s dedication to need-blind admissions.

The lawsuit notes that In 2015, Dartmouth created the position of Vice Provost for Enrollment Management, announcing that it would permit the university “to use a wealth of newly available
data to identify and recruit prospective students.”

In 2016, Dartmouth hired Coffin away from Tufts University, a need-aware school.

“At Tufts, Coffin operated under strict budgetary limits,” the lawsuit reads. “He shaped the cohort of admitted students to bring revenues and costs in line. His admissions office sent tentative acceptances to the financial-aid office, which modeled the revenue and cost implications so that the admissions office would meet the university’s budgetary goals. As Coffin has acknowledged, ‘Shifting things at the end…happens every year.’”

Attorneys for the students did not respond to a request by The College Fix for comment.

The lawsuit also alleges Dartmouth has ignored its need-blind pledge in the past when it has solicited donations from wealthy individuals to help gain admission for their children.

The students cite an incident in which it appeared Dartmouth targeted a rich donor in order to lure his daughter to the school. The lawsuit describes the incident:

An email exchange exposed by the Sony hack in 2014 illustrates Dartmouth’s efforts to evaluate and court wealthy potential donors. Michael Lynton, CEO of Sony Pictures Entertainment, intended to visit Dartmouth with his daughter, a prospective student.

Michael Lynton is not an alumnus of Dartmouth, and public records have not shown that Lynton had previously donated to Dartmouth. On the eve of his visit, Lynton received a solicitous email from Jeff Sassorossi, a 1975 Dartmouth graduate and then Dartmouth’s “Director, Special Projects & Reporting.”

Sassorossi explained that his role at Dartmouth was “to serve as the liaison between the Advancement (Alumni Relations and Development) and Admissions. As such, I work with families as they go through the admissions process at Dartmouth.”

Sassorossi offered Lynton and his daughter a personal tour of the campus. Sassorossi’s email also indicated that Lynton was being recruited to Dartmouth by Leon Black, a billionaire private equity investor, major Dartmouth benefactor, and former trustee.

Despite these entreaties, Lynton’s daughter enrolled at Brown, which got the $1 million donation from Lynton instead of Dartmouth. The opinion editor for the Brown Daily Herald described Lynton’s gift to Brown as “a $1 million check to Brown with more strings attached than the Los Angeles Philharmonic. Anyone with a pulse can trace the probable outcome of this ‘philanthropy’—a prospective student connected to Lynton gets accepted to Brown!”

In 2019, Dartmouth’s former dean of admissions, Maria Laskaris, told the San Francisco Chronicle that “The ultrarich have an additional advantage in their ability to donate large sums of money to universities, which can boost their kids’ chances of acceptance.”