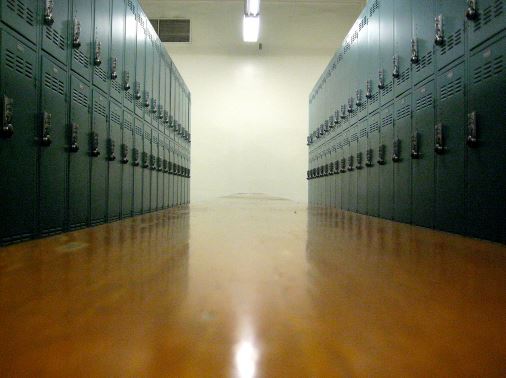 LOS ANGELES – One of the largest public charter high schools in the nation allows a boy who identifies as female to use the girls locker room and bathrooms – despite protests from a female student who says she feels uncomfortable and vulnerable by his presence.

What’s more, the female student – who just finished her sophomore year at the Los Angeles-based Granada Hills Charter High School – claims the boy in question harassed her, touched her hair, stared strangely at her, and also peeked at girls over the stalls while they used the toilet.

“It’s amazing to me that a public school who is responsible to protect the rights of all students will blatantly ignore the Constitutional right to privacy of young female students within the locker rooms and restrooms of the school,” Robert Tyler, the girl’s attorney, told The College Fix.

Tyler, who heads up the Southern California-based conservative public interest law firm Advocates for Faith & Freedom, sent a letter to the school late last month asking them to provide alternate locker room facilities for the male student who identifies as female. But attorneys for the school, in a June 4 letter to Tyler, denied the request.

“The charter school provides a safe environment, free from discrimination and harassment for all of its students,” stated the letter to Tyler from the school’s attorneys, the law offices of Young, Minney & Corr., LLP. “From our initial review of this matter, we are confident that the evidence will demonstrate that any issues and incidents between the students were mutual, and your client was not victimized in the manner described in your letter.”

The 10-year-old public high school enrolls about 4,200 students and describes itself online as the largest public charter high school in the nation. To protect the privacy of the minors involved, the names of the high school students cited in Tyler’s letter were redacted in a copy he provided The Fix.

That letter, sent May 28 to leaders of the award winning and academically successful Los Angeles Unified School District campus, detailed the sophomore girl’s claims. It noted she was surprised when she transferred there in January and was assigned a locker next to a male student in a secluded corridor of the changing room.

“(The female student) was immediately uncomfortable being required to change into her PE clothes in front of (the male student),” the letter stated. “This caused her to feel unnecessarily vulnerable to this male student. Meanwhile, (he) never changed into his PE clothes and, instead, awkwardly stared at (her) while she changed. In fact, he touched her hair and would often comment upon her appearance. (He) was allowed to walk around the locker room and gawk at other females, likewise commenting upon their hair and other features.”

The female student eventually started sharing a locker with a female friend in another aisle, after which the male student and his friends began to pick on her, harass her, and start fights with her, the letter stated, adding it went on all semester.

Tyler also stated in his letter that the male student was known to hang out in female bathrooms, and the lawyer interviewed at least three female students at the school who confirmed they saw him peek at girls over the stalls while they used the toilet.

“Numerous females on your campus have expressed serious concerns over their privacy and safety as a result of (his) conduct, and are left vulnerable to unlawful harassment,” Tyler stated. “The personal dignity and privacy of all females within the Granada Hills Charter High School is infringed as a result of one student’s desire to identify as a female when he is biologically a male.”

“It is astonishing that the Constitutional rights of hundreds of female students are ignored for the sake of the statutory right of one student to claim the identity of the opposite sex. This injustice cannot be tolerated.”

However, it remains to be seen what will come of this matter, Tyler said. For now, school’s out for summer, he said. No lawsuits have been filed.

But the situation is a precursor of things to come for California, Tyler said in an interview with The Fix.

He cited Senate Bill 777, signed into law by Gov. Arnold Schwarzenegger in 2007, which essentially changed the definition of gender, saying: “ ‘Gender’ means sex, and includes a person’s gender identity and gender-related appearance and behavior, whether or not stereotypically associated with the person’s assigned sex at birth.”

The law helped create the situation now facing Granada Hills Charter High School, because it allows boys who identify as girls to legally use the girls’ restrooms and locker rooms, he said.

“The mischievousness of the transgender nondiscrimination laws will be in effect come fall,” he said. “We will be back on it again. This is really just the start of the many problems California schools are going to face in the coming school years as a result of this new definition of gender.”