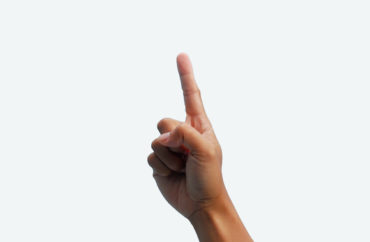 Carlson aptly pointed out the utter absurdity of DiAngelo’s premises, all of which have been covered at one point or another right here at The Fix.

For a five-figure fee, the PhD in multicultural education will, in just a couple of hours, teach you how only white people are racist (not “can be,” but are) and there’s basically nothing they can do to change it.

"The real point of her book is to defeat & demoralize you."

"Everything about 'White Fragility' is poisonous garbage." pic.twitter.com/4lkyz57ROQ

“White Fragility” is full of “ironies so profound they make your head spin,” Carlson says in the clip. Everything about it “is poisonous garbage.” And you should say precisely that if the powers-that-be demand you read and heed DiAngelo’s dictums.

“Don’t be passive,” says Tucker. “Speak up loudly. It is your right to disagree.”

Those in the private sector may have a harder time doing that, of course, but DiAngelo and those like her are very active in the education realm. If you’re a public school teacher or professor at a public university, you have greater protections should you object to “White Fragility” and similar noxious concepts.

And you should object.

It won’t be easy, however. Your principal and district administrators (and a few fellow teachers) will get worried and/or uncomfortable expressions on their faces, and they may try to shut you up, however tactfully. But know that a sizable percentage of your peers will be thanking you quietly to themselves, and may even get the courage to speak up on your behalf.

Over 15 years ago, a precursor to DiAngelo’s ideas titled “Courageous Conversations” was implemented in my school district. The name is oxymoronic, however, as there’s nothing at all “courageous” about it. That is, unless you think it’s brave to tell white educators it’s because of their racism that black students don’t do well in school. Audiences were told at the start that family structure, economics, and peer influence weren’t going to be mentioned. But that didn’t — and shouldn’t — stop folks from raising the topics.

“Courageous Conversations” eventually withered away when new leadership came to the schools, but given the current climate it will be back, and in force — alongside “White Fragility” and the insidious 1619 Project, whose creator recently was shown to be a virulent anti-white demagogue.

Now more than ever, educators with a firm grip on reality and a lot of common sense must challenge this foolishness.

MORE: The poison that is the ‘Courageous Conversation’ program