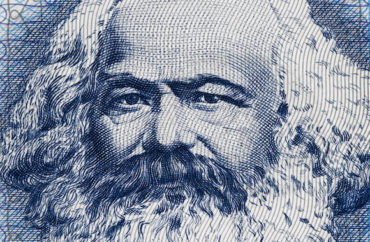 ‘If faculty want to preach that Marxism is a triumph of human thought, so be it. If other faculty want to argue that actually it was a disaster, and a crime against humanity, this view should no longer be fanatically censored’

A longtime economics professor at Wright State University who has repeatedly requested permission to teach a class critical of Marxism has been rebuffed by his bosses and peers who appear unwilling to allow the topic to be taught to the general student population.

Osborne said the “short version” of his predicament “is that we have an angry, radical-left cohort in the department, they praise Marxism in the classroom, they will not let me teach critically about it, and numerous people in the university have refused to do anything about it.”

While Osborne has recently been given permission to teach the class this fall to honors students, he is not allowed to open the class to the entire student body, he said. Only honors students may enroll in honors courses.

Osborne has been able to teach his class once before, as an honors course in fall 2014. Again, only honors students were permitted to enroll.

After the class went well, Osborne said he proposed it as an economics elective or as a special topics course that any business student could enroll in. Today, all these years later, his battle to open the course to all such students continues, he said.

“That my department is full of extremists who probably don’t belong in a business-college economics department, to be sure, is a manifestation of academic freedom,” Osborne told The College Fix via email. “And I do not want to change how economics is taught at WSU, broadly speaking. I just want my academic freedom to offer a different view to also be respected.”

Wright State media affairs and economics department officials did not respond to requests Monday and Tuesday from The College Fix seeking comment. 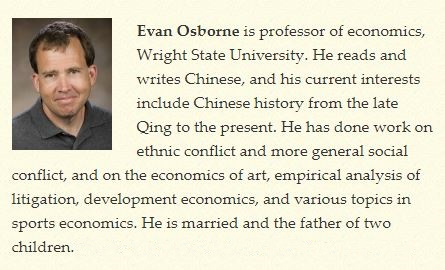 Osborne has taught at Wright State since 1994. He has won a Fulbright teaching grant and several teaching awards during his long tenure.

The economist’s controversial course is titled “Marxism: A History of Theory and Practice.”

Its syllabus from when he debuted it as an honors class in 2014 states the class is “both an introduction to Marxist economic thought and the history of political power exercised in the name of that thought.”

Not only does it assign works written by Karl Marx, but it also looks at the ramifications of the communist political system in places such as Russia and China, as well as how some Western academics have romanticized its bloody, brutal history. It ends with a brief but positive look at capitalism.

Despite the refusal to open this course to the student body, the economics department currently allows students to take a course every spring called Socialist and Radical Economics, “to learn the rich history of critical analyses of the dominant form of capitalism (i.e., historical evolution of capitalist ownerships, capitalist labor process, and its socioeconomic outcomes) and to engage in a critical debate on the prospect of socioeconomic reform,” according to its syllabus.

“This class is consistently skeptical of free markets and ‘capitalism,’” Osborne told The Fix. “Given the way Marx is favorably assessed in our curriculum, and Marxism’s actual historical record, I really thought our students deserved an alternate perspective.”

But the years-long battle to give students outside the honors program such an alternate perspective was met with objections from peers, he said. 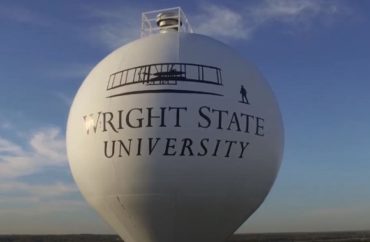 When the economics department’s undergraduate curriculum committee first considered the course in December 2015, his peers sent in anonymous complaints to the department chair at the time that amounted to the assertion that he was “teaching Marxism incorrectly.”

According to what he labeled his “dissenters/censors,” there were certain points of view his unnamed colleagues said he needed to include in his syllabus, despite the fact that “these points of view are already included in our curriculum in other courses.”

“In my quarter-century at Wright State this kind of anonymous, secret criticism has not happened to anyone besides me,” he told The Fix.

What’s more, during Professor Osborne’s many years in the Wright State economics department, not a single elective proposed by any other faculty has been voted down, he said.

At one point during a department-committee meeting considering his proposed class he was told by one professor to include within his readings on Chinese communism the analysis of an obscure early-20th century Chinese communist.

“Why is this bizarre? I speak Mandarin Chinese, and read and write the language fluently; I have published one journal article in the language in fact. I am currently writing a book on 20th-century Chinese intellectual history, including the development of communist thought there. In other words, I forget far more about Chinese intellectual history before lunch every day than this objecting professor, or any other professor in our department, will ever know,” Osborne said.

“But apparently as a tenured professor who has taught a wide variety of courses with reasonable competence, and who is very familiar with 20th-century intellectual developments in China, I was somehow not capable of deciding how to teach this class, even the section on China.”

Osborne said the only legitimate criticism of his proposed course he received was that it wasn’t a very practical course.

“Yet this objection is never raised against our existing, equally impractical radical courses, probably because the persecution-complex faculty who teach them would blow a gasket,” he told The Fix.

“If we prioritized practicality, all of the radical courses would be gone. Anyway, the committee voted to reject the course, again something that has never happened to me nor to anyone who proposed an economics course during my time at Wright State.”

Following this defeat, he was interim department chair in 2016-17 and on sabbatical leave in 2018-19. During this time, he said his frustration at the “violation of my academic freedom” grew.

One other source of this frustration was that in a separate incident he said he was explicitly told he could not take part in decisions on whether business-college faculty inside and outside economics should be tenured or otherwise promoted because he is a “white male.” He said that is a direct quote from colleagues.

In another incident in 2019, his attempt to get the faculty senate to support a measure to protect scholars from interference in their academic freedom by other faculty failed.

“I remember that some senators seemed mystified that someone would say that sometimes faculty need their academic freedom protected not just against people who were neither university administrators nor from outside the university entirely, but other faculty,” Osborne said.

In the end, the proposal was sent to a senate committee, which produced (without notes taken of the meeting) a resolution with a pro-free speech measure that excluded Osborne’s proposed amendment, which the senate then passed.

When Osborne returned to full-time teaching after his sabbatical in 2019, he was asked by the then economics department Chair Zdravka Todorova what he wanted to teach.

For the spring, summer and fall 2020 semesters, he proposed his Marxism course as a one-time topics course open to all business students, but she ignored his requests, then scheduled him to teach other classes, and told him once that the department already offered a course praising radical economics that term, so there wasn’t room for one more, according to copies of the emails obtained by The Fix.

“Thus, we have now been through the same cycle several times. She proposes a schedule, I ask her to schedule Marxism as a topics course, she doesn’t do so, yet refuses to say whether she has a policy of not scheduling it,” Osborne said. “This probably seems like a small thing, but in a department where faculty take great pride in the fact that they are free to teach courses critical of capitalism and praising Marxism in particular, this has been a very frustrating experience.”

Todorova has since stepped down as chair of the economics department. Osborne’s course was approved to be taught this fall by the director of the honors program, Susan Carrafiello.

In looking beyond this experience, Osborne said, “Institutions of higher learning are now almost all in crisis. The indulgence of unapologetic leftist censorship, at Wright State as elsewhere, is now impossible to justify.”

“If faculty want to preach that Marxism is a triumph of human thought, so be it. If other faculty want to argue that actually it was a disaster, and a crime against humanity, this view should no longer be fanatically censored.”