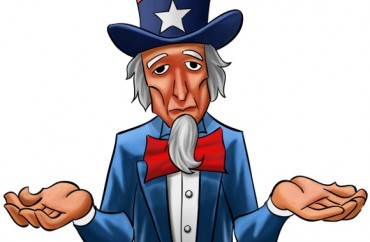 Standing in front of a room full of college students recently, the former chief economist for the U.S. Department of Labor offered some grim realities to her audience, including the fact that Social Security’s looming insolvency is a very real threat to their futures.

Now that the average lifespan has increased, more and more Americans draw on Social Security coffers, which means that by the time millennials reach the age that qualifies them to receive Social Security, none of that funding will exist.

“We’re forcing people like you to pay for the Social Security benefits, even though they won’t be there when you retire,” Diana Furchtgott-Roth, a senior fellow at The Manhattan Institute, told the students.

It was one of several warnings Furchtgott-Roth, who served as an economic advisor to the Reagan and both Bush presidencies, gave to students at Elon University on Nov. 3 during a talk focused on the theme of her recently published book: “Disinherited: How Washington Is Betraying America’s Youth.”

One partial solution Furchtgott-Roth suggested was that Congress must adjust the age requirements for Social Security, and Medicare as well, to better work with modern average life expectancies. But when those adjustments may be made is unclear, as the picture she paints in her book suggests young people’s futures have been mortgaged.

“A nation that historically took pride in its youth culture has become a nation that steals from its young,” its description states.

“No teens can get jobs at that kind of wage,” she said.

Millennials today are also saturated in student debt. Since 2004, the number of student loan borrowers has doubled – translating to 70 percent of students graduating with debt. Meanwhile, 4-year college tuition costs outpace inflation rates. And alternatives to four-year colleges, like community college or vocational schools, are rarely encouraged by guidance counselors.

Furchtgott-Roth said that trend must end, because millennials pay the price for costly educations that do not offer returns on investment. Besides, she added, employers value experience over a specific degree.

Making matters worse, the Affordable Care Act has raised premium costs for millennials because it requires them to obtain health insurance to cover specific areas including maternity, pediatric dental and mental health care – even for young people who don’t need those services. Under Obamacare, gone are the days when millennials could simply obtain catastrophic coverage just for emergencies.

Between the looming insolvency of federal entitlement programs, the worsening entry-level job market thanks to the $15 minimum wage push, big government policies that force young people to obtain costly and unnecessary health insurance, and the student-loan racket – millennials today face an uphill battle. Meanwhile, bureaucrats in Washington do nothing to reverse the tide, she added.

Washington has it backwards, she said.

“Young people should be the most important age group because they have their whole career in front of them,” Furchtgott-Roth said.

The talk was sponsored at Elon University by The Network of enlightened Women (NeW).