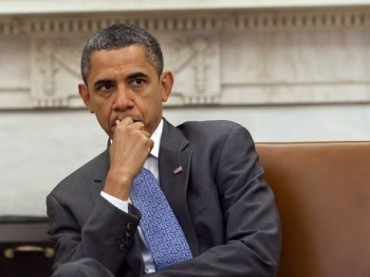 The 2014 elections have proven to be a referendum on President Obama. He gets an F.

The GOP has swept the election, and not only in the Senate. Republicans gained nine seats in the House, according to Real Clear Politics, with more likely to come. In the Senate, the GOP has gained seats in Arkansas, Colorado, Georgia, Iowa, Montana, North Carolina, South Dakota, and West Virginia, giving them control of the upper house and retiring the divisive, stonewalling Harry Reid. Another seat is likely to be won in a December runoff in Louisiana.

The GOP’s success also came to governorships. Scott Walker of Wisconsin has now been elected for the third time in four years, hopefully shutting up the unions that have viciously sought to have him recalled.

In my home state of Michigan, what was thought of as a close race between Republican incumbent Rick Snyder and Obama-lapdog Mark Schauer turned out to be a five-point victory for the GOP. When all the major Michigan news media groups, including the liberal Detroit Free Press, endorsed Snyder, I knew it was a sign that Michiganders were fed up with Obama-centric policies.

Yet it was sad to see the staunch backing of Schauer on the University of Michigan’s campus a day before the election with a huge campus rally. This despite Governor Snyder even being an alumnus. The Michigan Daily highlighted Snyder’s successes, yet endorsed Schauer because he was the more “progressive” candidate. Not all millennials have come around.

In Florida, we’ve also learned Charlie Crist sucks at politics – he’s now lost as a Republican, Independent, and Democrat. In Texas, now we don’t have to hear about abortion-loving Wendy Davis’ absurd tactics and inhumane attacks on the paraplegic Greg Abbott.

If millennials haven’t learned, the rest of America has. Big wins in liberal states might tell us a lot. Look to Colorado, for example: Republican Cory Gardner beat incumbent Mark Udall, whose campaign focused much on the “war on women.” Yet female voters apparently did not bite, and a majority voted for Gardner. Perhaps the left’s “war on women” has met its time?

Earlier in the election season, Democrats tried endlessly to disassociate themselves with Obama and his catastrophic policies, yet many of the left’s candidates voted with the president 98 percent of the time. Republican voters did not let this trend be easily forgotten.

Ultimately, Obama and his policies were at the heart of this election. His mishandling of ISIS, Obamacare, the economy, immigration, IRS and NSA scandals, Ebola and much more killed the Democratic candidates, and rightly so.

Looking ahead to 2016, Hillary Clinton gains no credit in this election cycle – all the states she stumped in, her candidates lost. If Republicans can push a solid conservative agenda that includes tax reform, auditing the IRS, and national security – 2016 might also look very red.

One thing is for sure – and crucial for Americans to understand – a Republican-controlled House and Senate leaves gridlock up to President Obama. If he really is the “nonpartisan” president that he ran as in 2008, he will work with Congress and sign bills with the pen he always talks about. Any gridlock is now his choice.

The election of 2014 wasn’t just a GOP victory, it was a tsunami. The American people have rejected Obama’s presidency. Now how will he respond?