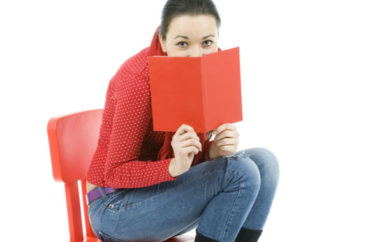 ‘Below what you would hope,’ but colleges looking for ‘accessibility’

Even though “common reading programs” usually assign books below a college level, they are not necessarily less rigorous, according to a study pending publication.

The programs are offered during orientation and first-year programming at a “significant number” of four-year colleges and are “making in-roads at two-year colleges,” wrote study author Jennifer Keup, director of the University of South Carolina’s National Resource Center for The First-Year Experience and Students in Transition.

“The majority of CRP titles were at a high-school level, followed by over 30% at a middle school level (6th-8th grades),” with nearly as many elementary school-level readings (13 percent) as college-level readings (14 percent), according to the study, which Keup provided to The College Fix.

But the programs often compensate for lower reading levels by “communicating more modern ideas, content, and sensibilities” with selected titles, according to the study, titled “Reading and Rigor: A National Study of Common Reading Book Selections.”

Though she called the reading levels “below what you would hope,” Keup told the Chronicle that the programs consider “accessibility” since the titles are “summer reading” and average around 300 pages.

An academic group that has evaluated these so-called beach books since 2014 claimed vindication from Keup’s study, which cites its work.

The National Association of Scholars says that CRPs focus on racism and white privilege while ignoring classic works and fail to challenge students’ own views (below).

But the group disputed how Keup characterizes the assigned readings, arguing that the terms “subject complexity” and “modern” provide cover for the “progressive bias” in the CRPs.

“One of the greatest challenges to an examination of academic rigor is the fact that this concept is rarely or poorly defined in the higher education literature as well as the availability of reliable measures of this construct,” Keup said.

One of the few objective measures is the age of the books, and the study found a plurality of selections (45 percent) were published “in the past 5 years.” Nine in 10 were published since 2000.

The research also analyzed the frequency of the three “text genres,” finding widespread use of non-fiction books (64 percent). “General non-fiction selections” prevailed as the dominant subcategory, followed by “autobiographies, biographies, or memoirs.”

Fiction books are the second most prevalent at 27 percent, consisting of general fiction, graphic novels and “collections of short stories.” Poetry was only found in one CRP, according to the study.

The final category consisted of books that “had a television or film adaptation of the title that was available for viewing in 2014 (8%).”

Though Keup (below) claimed the number of pages in a reading was “not a reliable measure of intellectual challenge and level of academic complexity,” the study measured page length as well. Just under half of books had between 251 and 350 pages, with outliers including The Shawl by Cynthia Ozick (69 pages) and Christianity by Diarmaid MacCulloch (1,184 pages).  The mean page count for Keup’s sample – 264 books from 245 institutions – was 316 pages.

The study divided book subjects between “special populations” and everything else. Twenty-four out of 54 special-populations readings were about African Americans (44 percent), followed by “Hispanic/Latinx/Dominican” (26 percent) and people with disabilities (13 percent).

Only two books each concerned Arab Americans, LGBTQ, Native Americans and Asians/Vietnamese Americans, while one was about college students.

Six categories under everything else had at least 30 readings, led by “children, youth, and families” (50), “science/technology (42) and “women/gender” (40). Other categories with at least 15 readings included environmentalism (23), “immigration/refugee/migration” (20) and “race/race relations/ethnic studies” (16).

Less overtly political subjects had fewer than 10 readings each, such as “cooking/food,” sports and “romantic relationships.”

“[R]ecent titles increase the chances that the text is more inclusive of current issues, diverse populations, and modern interpretations of power and privilege,” Keup said.

The study cautioned that it has “important limitations” based on the “limited existing data” on CRP selections. Keup’s team coded the subject areas, setting and “contextual scope” from library and sales databases and catalogs, and the data were often “very brief entries of only a few words”:

It fell outside of the scope of the current study to read all of the texts in full for the subject coding but a future study that included reading the full text of a selection titles would likely offer greater insight and more nuanced data on subject, setting, and scope of CRP titles.

Keup acknowledged the National Association of Scholars as conducting “[o]ne of the few national studies” of CRPs each year, and said their surveys often yield “highly-critical” findings.

NAS concludes that CRPs choose texts that are “too homogeneous across institutions, too recent, too liberal in their thematic content and perspective, generally lacking in intellectual and academic rigor, and rarely include classic literature,” Keup’s study says.

Her research serves as a “point of comparison and contrast” with the NAS annual survey, and “potentially” rebuts criticisms that CRP choices “are not challenging to incoming students” and “may be a weak tool” for communicating “rules and expectations” to them.

Because the data she used didn’t include “any measure of the socio-political leaning,” Keup could not “test the criticism that CRP titles may be advancing a particular partisan agenda,” she wrote.

Confirms our findings but uses ‘euphemisms’

NAS responded to the Chronicle’s report on Keup’s study with a post titled “Mediocre Books Confirmed,” saying that Keup’s research backed up its own.

Its studies have knocked CRPs for inadequately challenging students by failing to “encapsulate intellectual diversity” while avoiding “pre-1900” classics that have “stood the test of time.”

The group claimed Keup “jibs at our characterization of common readings as ‘progressive propaganda,’” though her study does not directly disagree with NAS’s findings, and actually credited its study as a “promising foundation of literature on common reading programs.”

NAS President Peter Wood wrote a letter to the editor of the Chronicle citing the larger sample size of its annual studies – more than 4,700 selections at 732 colleges going back to 2007, “including 498 selections at 481” schools this past academic year. Keup’s sample was about half the size of NAS’s 2017-2018 survey.

While both studies agree that readings are generally below college-level, “timely” and “emphasize progressive identity politics,” according to Wood, the Chronicle’s report suggests Keup faults NAS studies for being “insufficiently nuanced.”

It’s not clear how this can be, he said: Keup’s study confirms the “progressive bias” found by NAS but uses “euphemisms” such as “subject complexity” and “modern ideas” to describe it.

Keup offered to answer Fix queries about her paper but wrote in an email that she didn’t want to offer anything that “positions the current research as a counterargument to the NAS studies on this same topic”:

My research project was intended to advance the scholarly agenda on common reading programs, particularly with respect to the characteristics of text selection. There is a dearth of scholarly activity on common reading programs and particularly with respect to text selections for those programs. As such, all studies addressing this issue have merit and help us understand this topic better from a scholarly, practical, methodological, and theoretical perspective. 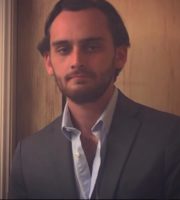