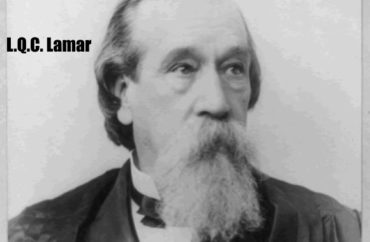 Emory University has removed the name of U.S. Supreme Court Justice Lucius Quintus Cincinnatus Lamar from prestigious law professorships because he owned slaves and served in the Confederate Army.

The university declined to be moved by the fact that Lamar supported the 14th Amendment as well as compromise and reconciliation with the North after the Civil War.

Emory President Gregory Fenves announced April 21 that the School of Law’s L.Q.C. Lamar professorships will no longer be named after the Supreme Court justice, who was appointed in 1887 and served until his death in 1893.

Lamar was notably only one of two people in U.S. history to become a U.S. representative, U.S. senator, member of the president’s cabinet, and Supreme Court justice. In 1885, President Grover Cleveland appointed him Secretary of the Interior.

A bio of Lamar posted on Emory’s website notes he is the only person from the Southeast featured in John F. Kennedy’s “Profiles in Courage.” The Pulitzer-Prize winning book is dedicated to “the courage shown by elected leaders in the face of adverse factions like their electorates, popular opinion, and political action committees that pull these elected men in different directions,” according to its online description.

A July 2021 letter written by an Emory historical accountability group acknowledged Lamar’s accomplishments but found them not enough for modern redemption.

“Of course, Lamar’s biography is notable for his ascendancy to positions of immense responsibility, including his final office as an Associate Justice on the U.S. Supreme Court from 1888 to 1893. Absent redemption and reconciliation, however, such offices should be seen not as noble service to our country but as rewards for a skillful champion of a loathsome cause,” the letter stated.

The university referenced Lamar as “a staunch defender of slavery” in its memo announcing the change. The professorships originally named after Lamar will now be called the Emory School of Law Distinguished Professors, the announcement stated.

Born in 1825, Lamar is an Emory alumnus. He also married the daughter of former Emory President Judge Augustus Baldwin Longstreet.

Lamar enslaved at least 31 people on his plantation before the Civil War, according to the letter from the historical accountability group, which consisted of students, faculty and alumni.

Lamar also wrote the Mississippi Ordinance of Secession and served as a colonel in the Confederate Army.

Following the war, Lamar was the first Mississippi Democrat elected to the U.S. House. He earned the nickname “the Great Pacificator” during his time in the House and Senate because of his efforts to promote reconciliation. He also supported passing the 13th, 14th and 15th amendments to outlaw slavery and secure the voting rights of African Americans.

Fenves also confirmed that the Yerkes National Primate Research Center, a facility that Emory acquired from Yale University in 1956, will drop the name of Robert Yerkes, a famous primatologist and eugenicist of the twentieth century.

The April 21 memo referred to Yerkes as “a psychologist who vigorously supported eugenics.” Yerkes was the first director of the center known for its groundbreaking nonhuman primate research. He supported the segregation and sterilization of those he deemed “unfit,” such as the disabled and mentally ill.

After June 1, the scientific facility will be referred to as the Emory National Primate Research Center.

Emory did not respond to a request for comment from The College Fix about how the name changes have been received.

Fenves rejected another recommendation from the University Committee on Naming Honors to rename entities titled after Atticus Haygood, the eighth president of Emory.

Haygood was an advocate for slavery early on, but he promoted the advancement of education for African Americans after the Civil War.

“In later years, Haygood denounced slavery and dedicated himself to service that benefitted African American communities in the South. Because of his early support for slavery, the Committee on Naming Honors recommended that Emory remove all honorific namings associated with Haygood. After much thought, review, and consultation surrounding Haygood’s legacy, I have decided not to accept the committee’s recommendation,” Fenves wrote in an April 21 email quoted by the Emory Wheel.

The changes are part of a process that began with the formation of the University Committee on Naming Honors in October 2020. The group submitted a document to Fenves in May 2021 with recommendations for removing the names of people who do not reflect Emory’s mission, vision and current values.

Fenves announced the renaming of a residential building and faculty chair titled after Augustus Baldwin Longstreet in June 2021. Longstreet was a slaveowner and wrote pro-slavery pamphlets during his term as president of Emory from 1840 to 1848, according to the Emory Wheel.

Fenves is currently reviewing a recommendation to rename spaces bearing the name of George Foster Pierce, a slaveholder and third president of Emory.