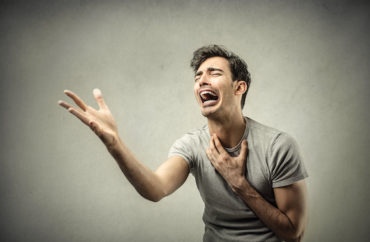 They can only understand things through the lens of preposterous ideology

One of the great poems of the Victorian era is “Spring and Fall” by Gerard Manley Hopkins; it is a quiet study in what makes a work of literature truly excellent rather than merely really good. “Spring and Fall” is meant to be read quietly and studiously—its carefully metered form of illustrative one-sided dialogue demands it—and yet it packs a wallop comparable to that of a Scottish hammer throw: In it, a young girl is almost casually informed that her “grieving” over the changing of the leaves is in fact her mourning over the “blight” of her own death. “You will weep, and know why,” says the narrator: “It is Margaret you mourn for.” Margaret doubtlessly understands it by the end, as do we.

Hopkins, a poet and a Jesuit priest, is white. So he would likely be of no use to the coterie of student activists at Williams College who have decided that the English department there is “whitewashed” and “racist.” This happens with some regularity at campuses across the country—students decide that a literature program doesn’t feature enough diverse, arbitrary identity classes and/or professors teaching them, so they declare the whole thing a Nazi breeding ground—but it never gets any less stupid, or less ignorant.

Good literature is ignorant of, and irrelevant to, race, sex or any other group signifier; it is accessible and enjoyable to the masses, whatever their skin color or genetics or social class. A poem like “Spring and Fall” is instantly recognizable and alluring to anyone, simply because it tells the story of all of us in miniature—the loss of innocence, the sense of mortality, the unstudied fear of one’s own death. That is what literature is supposed to do. If the students were protesting the department’s having assigned crummy or sub-par literature, that is one thing. But their manifesto reads instead like a bad parody of campus activism, a sort of half-considered list of grievances that reflect little more than a good grasp of silly campus politics. (The students list a professor’s denial of tenure as an act of “violence,” a sure sign that their grasp of the English language is tenuous at best.)

English departments across the United States would do well to tell their students this: “We’re here to teach good literature. We’re not here to teach a set number of ‘diverse’ writers, or hire and tenure a predetermined number of nonwhite faculty members. If you want to study good literature, we’ll teach it to you. If you want to turn everything into an hysterical shouting match about ‘identity’ and ‘representation,’ go major in theater.”

It’s doubtful this sort of righteous rebuke will ever come to pass, of course, at least not for a long time; schools are far more likely to accommodate these kinds of showy outbursts rather than tell their students to calm down. “It is Margaret you mourn for,” Hopkins wrote. We might consider mourning for the future of English literature while we’re at it.

MORE: Majoring in English is worth it – if the curriculum’s good