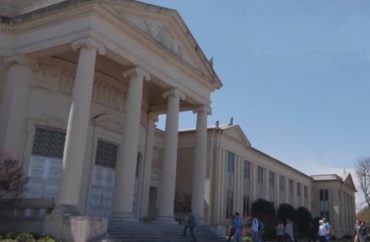 The formerly gay Professor Robert Oscar Lopez — who left his tenured post at Cal State University Northridge in 2016 amid complaints from peers that he was anti-gay — has now been fired from his job at Southwestern Baptist Theological Seminary.

Lopez said he blames the termination on his public arguments about sex abuse in the gay community and sex abuse controversies facing the Southern Baptist Convention.

Administrators set down a choice for him: “either stop writing about homosexuality and sex abuse, or leave the job,” Lopez told The College Fix.

Southwestern Seminary denies this, saying in a news release Lopez’s position was eliminated due to changes in the program’s curriculum, and that he did not comply with administrative policies.

“Let me be absolutely clear: no faculty member, including Dr. Lopez, has been told, or would be told, they cannot discuss homosexuality,” states the university’s Dec. 4 release, authored by Provost Randy Stinson. 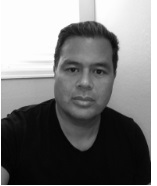 Lopez (pictured) said two days after that news release came out, he published on the Christian website Enemies Within The Church “all the evidence I had that substantiated my claims and proved that his statement was false.” It includes copies of emails, transcripts, and audio recordings of his meetings with administrators.

But it’s true curriculum changes were also part of the problem. In a piece for American Greatness, Lopez spells out that the seminary recently gutted the classics and more.

“My memos warning about the problems with the watered-down curriculum did not go over well,” he wrote.

In a news release of his own, Lopez spelled out more specifics on what stances he believes is causing angst: two resolutions to the Southern Baptist Convention, one in 2018 and another from this year.

“One advocated for ministries to help people overcome homosexuality and build normal heterosexual lives. The other advocated for people to come forward and report sex abuse and other misconduct without retaliation or non-disclosure agreements. Both never made it out of committee,” the release states.

Lopez was raised by a bisexual mother and her female partner and lived a homosexual lifestyle for most of his 20s. In his 30s he became a Christian and since then has written extensively to help individuals and families harmed by LGBT culture.

He taught as a tenured professor of English at Cal State Northridge, but after the complaints against him from faculty and students there, took a job teaching teaching literature in the seminary’s undergraduate humanities program.

“Things went well for Lopez for a while. But he couldn’t have predicted the events to come. In 2018, amid the Me Too movement, the seminary’s then president, Paige Patterson, was accused of covering up sexual abuse allegations within the Southern Baptist Convention. An earlier audio recording of Patterson counseling prayer to women with violent husbands also surfaced, as did reports that Patterson had gravely mishandled two rape cases involving woman at the seminary, in 2003 and in 2015,” Inside Higher Ed reports.

“The Southern Baptist community faced a larger sexual abuse crisis around the same time, with the Houston Chronicle and the San Antonio Express-News reporting that the church had seen 700 victims over 20 years. As Lopez watched how the church responded from his seat at Southwestern, he believed that victims of same-sex abuse were being left out of the discussions,” it added.

Lopez, in his email to The College Fix, said that in hindsight “I can see why they grew increasingly uncomfortable with what I was saying.”

“The SBC has tried to carve out a careful position on homosexuality, focusing almost entirely on ‘marriage between a man and a woman’ and ‘religious liberty’ protecting heterosexual Christians from having to deal with gay marriage (i.e., the Christian bakers),” Lopez said. “Even before I left California, I had grown suspicious of that approach…”

Over the last few years, he added, “I wanted to focus more on the victims of mainstream pro-LGBT ideology: the sex abuse victims, the people bullied into a gay identity, the people who were led by ‘born this way’ claims to believe they were gay or trans and then changed their mind, and then of course the people who fell into the habit but knew that it wasn’t for them, either for religious reasons or because they didn’t like the complications that came with the sex act.”

“The SBC’s ‘safe’ focus on marriage basically avoids dealing with all these real-life difficult cases, but these are the cases that we see in ministry, the people coming into churches struggling and hurt,” Lopez said. He added:

I also felt that we were spending so much time arguing with gay adults who wanted to get married, we had no time to deal with all the people who were trapped in homosexual situations and needed help to get out of them. A wakeup call was when the Seminary expelled two students because they were accused of being gay. I had been working with one who I knew wasn’t gay, and who I knew could with some help have a normal life. When they were both expelled, I realized the Seminary hadn’t given thought to how to help the people harmed by LGBT culture moving in their lives.

The SBC didn’t want my new focus, I suspect, because it would mean leaving their safe zone of just talking about the sanctity of marriage. They would have to challenge the assumption that people are born gay and can’t change, which would mean battling the secular therapeutic claims of the mainstream gay community, and they didn’t want to take on a fight of that scale.

Today, as he is out of a job, Lopez plans to continue to do what he said he believes the Lord has called him to do: minister to those struggling with LGBT issues. Thanks to some donations he said he has plans to launch a media channel.

He is also involved in a drama-theater project that aims to “transform our culture with positive Christ-centered content touching the realms of drama, community education, arts, and political engagement.”

Asked about the irony of fleeing a secular institution only to be fired from a Christian one, Lopez said he struggled at first but has found peace.

“[F]or whatever reason, He has closed the door to the classroom. I will not go against His will. I have many projects that I can follow up on, to bring glory to Him, like the drama project,” Lopez told The Fix.