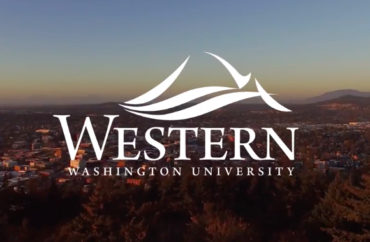 ‘Only when it is used in a discriminatory manner’

The president of a faculty senate recently stated that using a racial slur “on its own” does not in and of itself constitute an offensive racist act. The senate has reportedly stated that it will not ban the slur from campus classrooms.

In a blog post on Western Washington University’s website, senate president McNeel Jantzen responded to several news reports about recent senate meetings. Jantzen’s blog post was a point-by-point critique of various claims made by the student newspaper The Western Front. Jantzen accused The Front of printing inaccurate information about the faculty senate, in particular its deliberations regarding a revision of the campus Faculty Code of Ethics.

The Front reported that “on Monday, May 20, senators discussed the implications of banning the use of [the word nigger in classrooms] for nearly two hours.” Jantzen said that was false.

“Faculty Senate did not discuss ‘the implications of banning the use of [the slur]’, we discussed feedback that was received from faculty regarding the language of proposed revisions to Section 2 of the Faculty Code of Ethics and also addressed questions (mainly from the gallery) regarding why we could not specifically ban the N-word from being said, or any other words,” he wrote on the blog post.

Notably, Jantzen disputed the notion that the use of the word “nigger” in certain contexts actually counts as a slur. The Front reported that the faculty senate discussed “whether faculty should have the freedom to say racial slurs in the classroom,” something Jantzen expressly denied:

The Faculty Senate has NEVER focused on NOR discussed whether faculty should have the freedom to say racial slurs in the classroom. We are vehemently opposed to racial slurs both in and out of the classroom. As explained to Faculty Senate by [the Equal Opportunity Office], the [state Attorney General’s office], and Risk Management the N-word on its own or in certain contexts is not a racial slur and it is only when it is used in a discriminatory manner that it becomes such. The discussion(s) that have been occurring within Faculty Senate are focused on balancing Western faculty’s deep commitment and desire to create inclusive and safe learning environments for our students while also maintaining academic freedom, especially when teaching difficult topics and content areas.

According to The Front, the faculty senate had earlier passed a resolution “that banned the N-word in the classroom.” That motion “was rescinded on April 30 following concerns that it would violate legal agreements with the university and First Amendment rights of faculty, according to meeting minutes.”

MORE: Universities repeatedly discipline professors for referring to the n-word