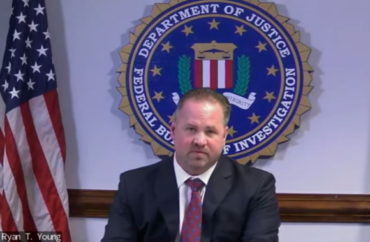 The FBI remains very tight-lipped about its investigation into a plethora of bomb threats targeting historically black colleges and universities in recent months.

In comments during a recent Congressional Oversight Committee, as well as in a statement to The College Fix, the agency provided scant details on the suspects or their precise motives.

Asked specifically about the suspects’ race and motive this week, the FBI told The College Fix: “We don’t have anything to add to EAD Young’s Congressional testimony last week other than to reaffirm that the investigation of these bomb threats remains of the highest priority for the FBI.”

On Feb. 23, the agency released a statement that said from January 4 to February 16, there were 57 bomb threats lodged across the country to colleges and other institutions made either through phone calls, e-mails, instant messages or anonymous online posts.

“The FBI is investigating these cases as racially or ethnically motivated violent extremism and hate crimes,” it stated, adding no explosive devices related to these threats have been found.

As of now, no arrests have been made.

Executive Assistant Director Young was questioned during the roughly three hour Congressional hearing on March 17 about the FBI’s response to the bomb threats. Lawmakers, mostly Republican ones, did press the agency for some clarity on the suspects.

Rep. Clay Higgins (R-LA) questioned Young on why no arrests have been made.

“This year 59 historically black colleges and universities have been targeted with bomb threats,” Rep. Higgins said during the hearing. “That’s absolutely unacceptable and this committee is looking for guarantees from the FBI that there’s gonna be arrests made.”

Higgins then clarified with Young that it was true that they had narrowed it down to specific subjects who are juveniles. After Young clarified that was the case, Higgins asked if these suspects had been interviewed by the FBI.

“I can’t give you any updates on the investigation,” Young responded.

Rep. Andrew Clyde (R-GA) also questioned Young about the suspects, first by asking how the threats came in.

In his testimony, Young stated that 55 came by threat, 4 by email, one by instant message and one posted on a blog.

“Was the person who actually made the threat — were they capable of carrying through with the threat actually to a physical action, other than simply a verbal threat?” Clyde asked.

“I can’t comment on that part of the investigation, sir,” Young responded.

“How many other bomb threats have been reported to the FBI so far this year?” Clyde then asked Young. “Do you know that information?”

“I don’t have that with us, sir. I can get you that information,” Young responded.

Another congressman that questioned Young about the suspects was Rep. Pat Fallon (R-TX).

First, Fallon confirmed that there in fact had been no arrests made before asking, “So we haven’t made any arrests, so how do we know that they’re coming from six tech-savvy juveniles?”

“Some of them come from encrypted platforms and so it’s been, you know, challenges with attribution,” Young answered.

“So how would we know the ages of the perpetrators if we don’t know who they are?” Fallon asked as a follow-up question.

“I can’t go too much more into the investigation, sir, but that’s — understand that this is a high priority,” Young answered, adding they are using “counter terrorism” tech resources.

“I can’t go too much into the investigation sir, but based upon the statements that were made — that were received by the divisions, they were what we would call racially motivated,” Young responded.

“Right, from the statements, but we don’t know who it is yet,” said Fallon, adding that while there are certainly legitimate hate crimes, sometimes they turn out to be hoaxes.

“Because I have just seen this before where some of them are actually not only to the point of credible, but there are folks that certainly had a racial motivation, and then there are some false flags as well,” Fallon said.

While Fallon raised the specter of a “false flag,” not once during the Congressional hearing was Young asked by anyone about the suspect or suspects’ race, according to a College Fix review of the hearing; although some lawmakers referenced white supremacy as the motive.

Democratic lawmakers, in their questioning, seemed to prioritize the emotional implications of the threats, how the colleges have handled it, and how fast the FBI responded to the threats.