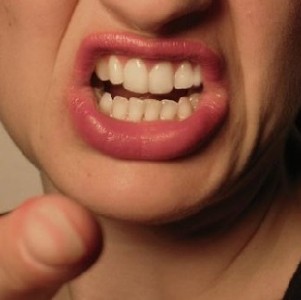 Students at Brown University are in a tizzy over the pending visit of Wendy McElroy, a research fellow at The Independent Institute who has penned columns this year such as “The big lie of a rape culture” and “Campus act would hurt sons to ‘save’ daughters.”

McElroy is set to speak Tuesday afternoon at the Ivy League university in a debate titled “How Should Colleges Handle Sexual Assault.”

But some students at the school have criticized McElroy’s very invitation to speak at Brown. With that, alternative events for students who might be too traumatized, triggered or attacked by listening to McElroy’s arguments have been arranged – this despite the fact that McElroy is set to debate staunch feminist Jessica Valenti – founder of feministing.org – during the event.

“But multiple students have said they feel the event devalues the experiences of sexual assault survivors on campus and goes against the university’s mission to create a safe and supportive environment for survivors,” explained the Brown Daily Herald campus newspaper. “Over the past year, as the issue of sexual assault on college campuses has attracted national attention, the role of culture in sexual assault has been a subject of debate,” she wrote, adding:

Some people–including writer Wendy McElroy, who will speak with Jessica Valenti at a Janus Forum event next week–have argued that sexual assault is the work of small numbers of predatory individuals whose behaviors are impervious to the culture and values of their communities. I disagree. Although evidence suggests that a relatively small number of individuals perpetrate sexual assault, extensive research shows that culture and values do matter. Societies that have strong norms against sexual assault have fewer assaults. Furthermore, people are more likely to come forward to report assaults in communities that understand the seriousness of assault and support survivors.

In order to provide the community with more research and facts about these important issues, students and administrators have worked together to sponsor a lecture by Brown University Assistant Professor of Psychiatry and Human Behavior Lindsay Orchowski, entitled The Research on Rape Culture. This presentation will take place at 4:30 pm on Tuesday, November 18th in Wilson 102 as an alternative to the Janus Forum (which will be held at the same time and date in Salomon 101). Whether you choose to attend Dr. Orchowski’s lecture, the Janus Forum event, or neither, I encourage you to become educated about research that documents the causes and consequences of sexual assault, and the role that community norms and values play in sexual assault.

Thankfully, not all students believe they should be coddled.

“Obviously we knew that any topic about sexual assault would be challenging to address, but we aim to be a non-partisan, non-biased organization,” student organizer Dana Schwartz told the Daily Herald. “We brought two speakers, who have completely different viewpoints, one of which probably has a completely different viewpoint than most of campus, but we do that with the intent to spark debate and discussion.”

“We have to be aware that people outside of Brown have opinions that we might find highly unpalatable, and I think instead of silencing opinions, by listening and understanding how to deconstruct and debate them effectively, that’s the best thing a Brown student can do.”

It’s very refreshing that a student actually wants to be prepared for the real world. We need more of that.