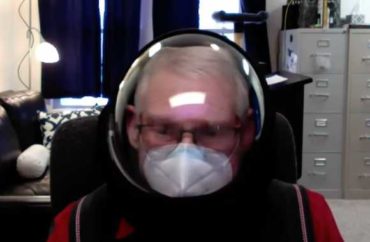 Professor was suspended in January for profanity-laced video

A Ferris State University historian who called his students “vectors of disease” will receive a $95,000 settlement to retire.

Barry Mehler cannot criticize the university for three years as part of the settlement, or else he will have to pay $60,000 back, according to George Washington University law professor Jonathan Turley.

University officials suspended Mehler in January. He had taught there for almost three decades.

In the viral video, he said he was beholden to no “c*cksucker” and called students “vectors of disease” and demanded reinstatement at the time, arguing people have misinterpreted his tongue-in-cheek teaching style, which he argued kept students engaged and awake in class.

At the time of his suspension, “while many have declared Mehler completely insane, his video may be as clever as a covid-phobic fox,” Turley wrote.

“With the suspension, I noted that he could get a settlement and…Mehler would simply retire. In the meantime, he and his space helmet can stay at home,” Turley stated. “That is what appears to have happened.”

Mehler sued the university over his First Amendment rights but “has now agreed to suspend his right to speak against the university for three years to secure such a settlement,” according to Turley.

“I don’t know whether you people have noticed, but it’s dangerous to breathe the air,” Mehler said in his video.  “Many of your experts are advising wearing masks because there’s a deadly virus spreading around the planet.

“Your civilization is collapsing and life on your planet is going extinct,” he said.

I want to introduce myself before we actually meet F to F, as we say these days, which everybody knows means f*ck to f*ck—which really means that we’re all f*cked […] You people are just vectors of disease to me, and I don’t want to be anywhere near you. So keep your f*cking distance. If you want to talk to me, come to my Zoom.

There is “no benefit whatsoever from coming to class,” Mehler said. “I will not take questions in class, because I’m wearing this fucking helmet in order to stay alive. So please come. Enjoy the show. I’ll be there regularly, because I have no choice. You, on the other hand, have a choice. Thank you very much.”