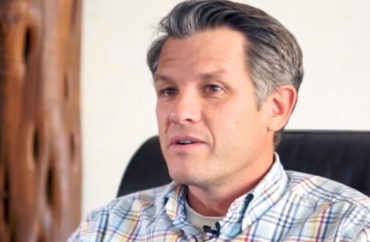 ‘They are going to fight it until they can’t fight it anymore,’ professor’s attorney says

A conservative professor slated to return to the classroom this fall semester after successfully suing his employers for wrongly firing him has been blocked from campus as the college continues to file appeals against several court decisions in the educator’s favor.

Eric Thompson was fired in fall 2017 from his job as a sociology professor of 11 years at Moreno Valley College in Riverside, California.

It came after he faced three investigations from the school: one in 2014 after he led a debate in class on the nature-nurture aspect of same-sex attraction; another in 2015 after he led a classroom discussion on the Supreme Court case to legalize gay marriage; and a third after a student complained Thompson gave her a “D” because she is a lesbian, and he reached out to her via email to try and mend the issue, allegedly violating a no-contact order from administration.

In November 2018, a court arbitrator ruled the Riverside Community College District had to give Thompson his job back, saying the suspension he underwent was sufficient; and in July 2019, a Riverside Superior court judge upheld that award after the district sued to overturn it, the Press-Enterprise reported.

But in September, the college district appealed again — and lost that county-level appeal earlier this month — so now the district has filed an appeal with a California appellate court, said Michael Peffer, who represents Thompson on behalf of Pacific Justice Institute, a nonprofit law firm.

“In my opinion they are going to fight it until they can’t fight it anymore,” Peffer told The College Fix in a telephone interview Monday. “This is something that the district is holding on to, so unfortunately my client has to deal with this being delayed.”

Thompson, a father of eight, had been excited to return to the classroom this fall semester, Peffer said. Now Thompson’s trying to make ends meet as the court battle continues, he said.

“He is doing OK — he is a positive guy and he has a family who cares about him, so that’s wonderful, and he is trying to do what he needs to do to make a living until he can get back into the classroom,” Peffer said. “But he is in a difficult path right now.”

In a lengthy written statement provided to The College Fix by district representative Renee Vigil on Tuesday, officials are “concerned that the trial court’s decision to uphold the arbitration award discredits and ignores the accounts of multiple students who testified at the hearing about witnessing Professor Thompson’s statements targeting LGBT and women students.”

Officials continue with appeals because they do “not wish to retain a faculty member who has been found unfit to teach, dishonest, immoral and unwilling to follow the rules of the state and the district.”

“Importantly, neither the arbitration award nor the trial court’s decision found that the district violated any of Professor Thompson’s rights to academic freedom or freedom of speech,” the statement said. “The arbitrator found that Professor Thompson made certain anti-female comments that did not have any value, academic debate or support for making clearly derogatory comments. The arbitrator found Thompson exhibited ‘arrogance’ in his dealings with students. The arbitrator found Thompson’s conduct had ‘negatively affected both students and fellow faculty members in that dishonesty can lead to a breakdown of trust.’ The trial court did not disturb these findings.”

Thompson, who taught sociology at the college, said the administration had concerns with his decision to show the film “Understanding Same-Sex Attraction” in his class in 2014.

“This video gives the testimony of four or five men who, they got therapy and they were actually able to see themselves as attracted to someone of the opposite sex,” Thompson said in a video produced by the Pacific Justice Institute.

“I presented both sides of the issue,” he continued, “is it biological, is it social? The nature-nurture debate.”

He said a 2015 investigation stemmed from a “great” classroom discussion on same-sex marriage as the Supreme Court debated Obergefell v. Hodges.

She made numerous complaints to campus officials against even discussing the Obergefell decision, he said, even though he took a “neutral stance.” He said giving his personal opinion would be a “disservice” to the class discussion. Still, he said he was investigated for it.

But the apparent last straw was a grade he gave a student that led to Thompson being escorted off campus by two officers. After giving a “D” to a female student, the student complained, claiming she only received it because Thompson knew she was a lesbian.

Thompson said he sent her an email that said he was unaware of her sexual orientation, and that he wished her well, which led to his removal from campus on the grounds that he had violated a no-contact order. In the video, Thompson said he received no such order.

But the district, in its statement to The College Fix, described the exchange as Thompson attempting to “influence a student complainant into withdrawing her complaint.”

“Ordering the district to retain Professor Thompson as a faculty member places female and LGBT students and employees at further risk,” the statement said, noting students testified they felt “fear, humiliation, anger or anxiety” by some of Thompson’s classroom statements.

But Peffer said he is hopeful the appellate court will side with his client, considering every single ruling has favored the educator thus far.

“We are hopeful on this,” he told The Fix. “We believe the law is on our side.”