The school also claimed — wrongly — that Jacob Blake, the protests for whom brought Rittenhouse to Kenosha, Wisconsin in the first place, died after being shot by police.

Fitchburg’s Center for Diversity and Inclusiveness offered still more falsehoods in its email to the campus community, specifically that Rittenhouse crossed state lines with an “automatic” weapon.

In fact, Rittenhouse did not bring his weapon with him from Illinois to Wisconsin, and his AR-15 is not an “automatic” rifle.

The email goes on to say the verdict “will undoubtedly impact many in our community,” and to assist students in processing their “thoughts, emotions, and reflections” Fitchburg will host several safe spaces on Monday and Tuesday.

Make note that these spaces are racially separate: 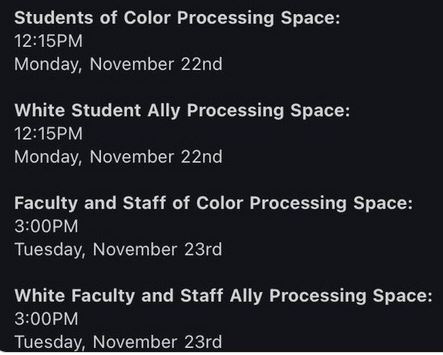 Fitchburg U. spokesman Matthew Bruun told The Daily Caller that in “the haste” of setting up “processing spaces,” a few “factual errors” were included in the email.

Bruun also defended the racially segregated events, saying “Organizing such discussion by identity groups is a proven educational strategy, and reflects the reality that different community members may process such events differently, and may feel more comfortable sharing their feelings with community members of similar background and identity.”

He added it is Fitchurg’s “intention” to hold a racially mixed gathering “for any and all campus community members who wish to gather and reflect on these events.” 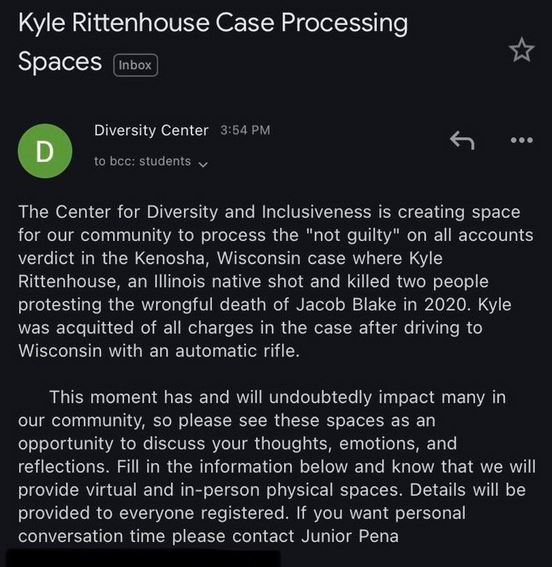