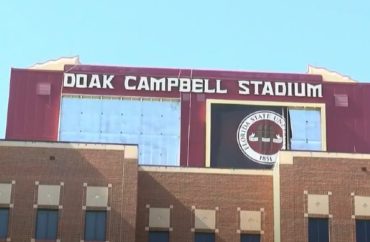 The Florida State University Seminoles will kick off their 2021 season in Doak Campbell Stadium once again, after university officials refused to cancel the stadium’s namesake.

The announcement to keep Campbell, a former president of the public university, on the stadium came after several task forces had debated the issue and an FSU grad had petitioned the school to rename the stadium.

The university’s anti-racism task force voted 12-7 against the renaming, after its Historical Legacy Subcommittee voted 3-3 on the name, according to the Tallahassee Democrat, a local paper.

Campbell’s grandson defended the former school president’s legacy. The key evidence for Campbell’s racism is that he tried to stop desegregation advocates from organizing on campus.

“It sounds like he was trying to keep the school from being embroiled in a hot political topic that might have adverse consequences,” Doak Campbell III told the Miami Herald in June 2020. “He was not promoting segregation” and “As long as I knew him, he never professed that segregationism was something that was good.”

The decision drew criticism from Kendrick Scott, a former FSU football player, who had been a vocal advocate for the removal.

He told The College Fix that the task force spent “98% of the time…talking about other issues at the University dealing with diversity.”

“I’m not suggesting that that is negative, but I am pointing out this was not the kind of approach necessary for handling this important issue,” Scott said. “At some point this will be revisited.”

“Someone explain to me why the players who built this program and are affected by it don’t have a voice,” he told The Fix.

History Professor Maxine Jones, who is black, opposed the renaming.

She had previously told the Tallahassee Democrat that Campbell worked behind the scenes to fight against segregation while president of the university from 1947 to 1957.

The full panel also voted to recommend that the university and the Athletics Department institute a “high-profile” recognition of black and other underrepresented minority student athletes at the stadium.

“To single out one person because of what he didn’t do, (and) I’m not sure what we expected him to do,” Jones said. ““I think for us to nitpick and say he supported a (segregationist) system, then we need to remove every name on every building, not just on campus, but downtown as well.”

A black basketball player, Malik Osborne, shared similar sentiments with the Democrat, citing a “a lack of racist actions” from Campbell.

The renaming attempts will pause for now, according to a university spokesperson.

“The university is not considering renaming any other buildings at this time,” Amy Patronis told The Fix via email.

“Any name recommended for consideration under these guidelines must be one that would bring distinction or honor to the University and must be consistent with the values, mission and traditions of the University,” the university’s current naming guidelines explain.

President John Thrasher, a former Republican speaker of the Florida House, had previously accepted all recommendations from his anti-racism task force.