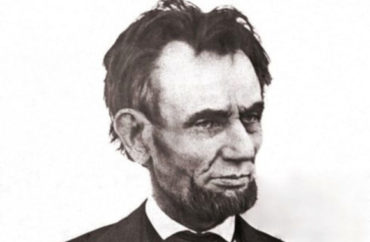 In a statement released over the weekend, president of the San Francisco School Board of Education Gabriela López announced the district would be postponing an effort to rename 44 schools, including schools named after Abraham Lincoln, Sen. Dianne Feinstein (D-Cal.), and Spanish priest Fr. Junipero Serra.

“I acknowledge and take responsibility that mistakes were made in the renaming process,” said López in a statement both posted on Twitter and provided to The College Fix.

López said the district would instead focus on its plans to reopen schools, calling the controversy a “distraction.”

“We will be revising our plans to run a more deliberative process moving forward, which includes engaging historians at nearby universities to help,” said López.

I want to make sure as many people as possible can see my statement about the board’s focus on reopening our schools. pic.twitter.com/8aJvMdNNPT

Nearby Stanford University has also renamed a number of campus monuments to Fr. Junipero Serra, citing his “violence against California Native Americans.”

The board’s renaming plan set off a firestorm of controversy in mid-December when it was announced, drawing criticism from figures as diverse as San Francisco Mayor London Breed and President Donald Trump.

“The fact that our kids aren’t in school is what is driving inequity in our city. Not the name of a school,” said Breed in a statement last October. Breed called the new plan “offensive.”

“We are in a pandemic right now that is forcing us all to prioritize what truly matters,” said Breed, adding, “conversations around school names can be had once the critical work of educating our young people in person is underway.”

Today I issued a statement on the need for our School District to focus on reopening our public schools, not renaming them. To address inequities, we need to get our kids back in the classroom. pic.twitter.com/nHnauVZzFe

On his now-deleted Twitter feed, Trump called the renaming plan “So ridiculous and unfair.”

To date, a Change.org petition opposing the renaming of the schools has collected over 28,000 signatures.

The renaming plan became so controversial, parents in the district have begun recall proceedings against López, Board Vice President Alison Collins and Board member Faauuga Moliga.

“The best city in the world deserves the best schools in the world,” wrote single parents Autumn Looijen and Siva Raj, both tech entrepreneurs, on their website. “We are public school parents launching a recall of the San Francisco school board.”

Each recall effort will need 70,000 signatures to trigger a new election.

López said her statement would be the last time she would be commenting on the renaming plan.