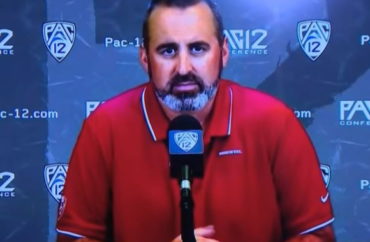 A former Washington State University football coach has filed a $25 million wrongful termination claim after he was fired for refusing the COVID vaccine.

The tort claim is reportedly expected to be the precursor to a lawsuit against the university by former Washington State University football Coach Nick Rolovich, a Catholic who was denied a religious exemption to the vaccine mandate for state employees.

As The College Fix had reported last fall, Washington’s Democratic Governor Jay Inslee’s vaccine mandate had set up a clash between Washington State University and Rolovich.

“K -12 educators, school staff, coaches, bus drivers, school volunteers and others working in school facilities will have until October 18 to be fully vaccinated as a condition of employment,” an announcement from the governor’s office stated at the time.

If and when Rolovich files his lawsuit, it comes at a time when the CDC has acknowledged the protections of natural immunity and has walked back this month its former blanket guidance that everyone get vaccinated against COVID-19.

“The university fired Rolovich ‘for cause’ in October 2021 after he had coached just 11 games with the Cougars,” the Seattle Times reported.

Rolovich had “several years and roughly $9 million remaining on his contract at the time of his dismissal,” Just the News reported.

Rolovich and Fahling had filed a 34-page administrative appeal after the coach was terminated — but it was rejected.

“This is your opportunity to take a step back, reexamine your illegal and unconstitutional conduct, and adopt a different posture toward (Rolovich) before you and the University are forced to defend your conduct in the context of a federal court civil rights action,” the appeal stated.

Chris Vannini, a writer with The Athletic, reported at the time that “Rolovich’s appeal claims university HR recommended approving his religious exemption, but the athletic department said it wouldn’t be able to accommodate it.”

Appeal: "This is your opportunity to take a step back, reexamine your illegal and unconstitutional conduct, and adopt a different posture toward (Rolovich) before you and the University are forced to defend your conduct in the context of a federal court civil rights action."

ESPN reported that at “the time of his firing, Rolovich was working under a five-year contract, on which three seasons remained. He was paid $3.2 million per year, the highest public salary in the state.”

And 24/7 Sports reported that as part of Rolovich’s complaint process, “Washington State Director of Athletics Pat Chun is also accused of ‘discriminatory and vindictive behavior.'” 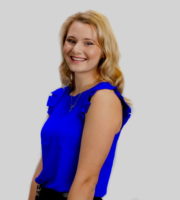