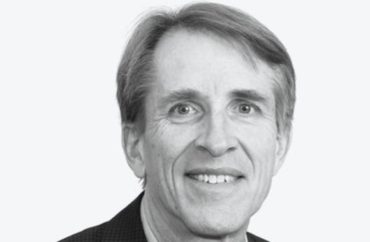 When Purdue University bought the for-profit Kaplan University three years ago to massively expand its online offerings, the Indiana taxpayer-funded institution promised the new venture would take no state funding.

The U.S. Department of Education and state regulator signed off on “Purdue University Global” in early 2018.

Now a former education official in the Obama administration is trying to get Purdue Global’s tax exemption stripped, or at least reviewed again.

Robert Shireman (above), who served as under secretary of education, accuses the university led by former Indiana Gov. Mitch Daniels of misleading the IRS when it applied for tax-exempt status a year ago.

In a blog post for the Century Foundation, where he’s director of “higher education excellence,” Shireman said his former employer rejected Purdue Global’s request to be classified as a “freestanding public institution” because of its commitment (enforced by a new Indiana law) to accept no state funding.

Purdue itself would have to cosign the online university’s agreement with the Department of Education if it wanted to remain eligible for federal student loans and grants without being classified as a for-profit. That led Purdue to seek tax-exempt status for Purdue Global, which the IRS approved four months later, in December, he wrote.

As summarized by Inside Higher Ed:

After reviewing documents provided by Purdue, Shireman said that Purdue Global excluded Kaplan from its list of contractors and failed to disclose Kaplan as an organization with which the university has a “close connection.”

Purdue answered IRS questions in such a way as to “avoid triggering any deeper review” that would have slowed its nonprofit approval, if not led the IRS to reject the application completely, Shireman wrote, exposing his ultimate intentions:

The IRS may never get around to examining the details of the sales agreement that established Purdue Global to discover the discrepancies between what was included in the application and what governs the school’s actual operations. IRS rules are clear, however, that tax-exempt determinations can be revoked retroactively “if the organization omitted or misstated a material fact,” all the way back to an organization’s creation.

Purdue denounced the “ongoing campaign from the Century Foundation” for its “factually inaccurate and legally spurious claims,” in a statement to Inside Higher Ed. Shireman’s latest employer “bizarrely seems obsessed with preventing Purdue University from expanding higher education access to the corners of the country that need it most.”

The university gave the IRS “a complete and accurate description of the entire relationship with Kaplan, with cross-reference to the acquisition agreement and the services agreement, actual copies of which were attached to the exemption application,” the statement said.