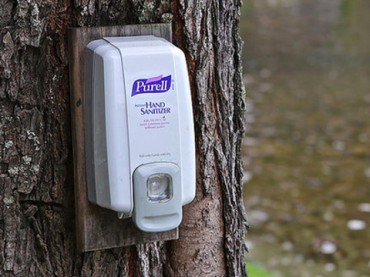 The teacher is highly allergic to hand sanitizer.

The students’ plot involved smearing the sanitizer on various items which the teacher was likely to touch.

Sheriff’s deputies and other officials met with the children accused of the plot and their parents. At least one parent said the children knew the teacher could become very sick from contact with hand sanitizer, according to the incident report.

One of the mothers said after learning about the plan, she contacted the school. Another set of parents said they knew about it as well, but did not tell anyone.

The Genesee County Sheriff’s Office has closed their case after finding no crime had been committed. Because the plot was never carried out, police say the students are not facing charges.

“Because nothing had happened, with the juvenile laws the way they are in the state of New York, for a person under the age of 16 to be charged with something, they have to commit either a misdemeanor or a felony,” said Chief Deputy Jerome Brewster.

I don’t know which is worse — that the kids can’t be charged with anything, or that some of the parents knew about this scheme … and said nothing.

In typical education-ese, the district said it’ll use “this incident as a vehicle for educating the district’s students regarding appropriate behaviors.”