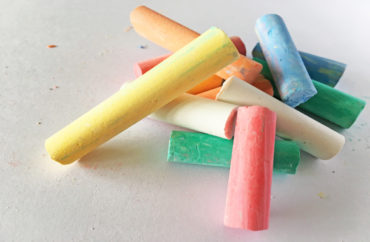 Iowa State University has settled a lawsuit filed against it by a free speech legal advocacy group, ending a legal battle that was sparked by the university’s decision to ban political messaging on campus.

The lawsuit was filed in January, but two months later, the case brought by Speech First was settled after the university “made several substantive changes” that addressed concerns raised by the organization, according to the First Amendment group.

Speech First had filed the lawsuit after Iowa State banned students from sending emails, chalking on campus, and expressing other public messaging in support of political candidates on campus.

The policy raised major student free speech rights concerns ahead of Iowa’s first-in-the-nation caucuses for the 2020 presidential primary. The caucuses took place February 3, before the Iowa State case was settled.

After Speech First filed the suit, the university addressed the policy issues in contention, and now allows all students to send emails supporting candidates and chalk on most parts of campus. But the policy changes were made after the Iowa caucuses took place.

“To lock in these reforms, Speech First negotiated a settlement agreement with the university,” the organization said in its news release. “Iowa State now agrees to never reinstate the political email policy or the chalking ban; in addition, the school’s Campus Climate Reporting System will not contact or meet with students accused of ‘biased’ speech.”

In a statement by university President Wendy Wintersteen, she said that the “allegations of suppression” made by Speech First in the lawsuit were “simply not true.”

Wintersteen said that the university was “very pleased” that the organization had chosen to drop the suit and that they had done so “after seeing Iowa State University’s response and evidence,” resulting in the agreed upon settlement between the two parties.

“As a public institution, Iowa State University fully embraces its role as a First Amendment campus and is deeply committed to the constitutional protections of free expression,” Wintersteen said. “The protections afforded by the First Amendment and similar provisions in the Iowa Constitution are core values of Iowa State and are foundational to the university’s mission to create, share, and apply knowledge to make Iowa and the world a better place.”

(That was the same month The College Fix was working on an extensive report outlining the former reporting system’s more investigative nature, a piece published in early November 2019.)

The College Fix had provided Speech First documents obtained from Iowa State via an open records law request that served as the basis for a portion of their lawsuit against the school regarding the bias response team.

“Speech First is pleased that Iowa State University has agreed to repeal and never reinstate the policies we challenged, which clearly violated the First Amendment rights of its students,” Speech First president Nicole Neily told The College Fix in an email, mirroring a statement from the group’s news release.

“Our student members at Iowa State University deserve major credit for their vigilance in defense of their rights, and I have no doubt that if the university’s new policies are used to chill students’ speech in the future, our members will notify us immediately.”

Neily said that the school’s new chalking policy “makes clear that designated areas are open for chalking by all students, regardless of their message or their membership in a registered student organization,” adding that if the policy turns out to be insufficient for “student expression,” Speech First will challenge it immediately.

The president of the pro-free speech organization lamented that the case could not be settled before the Iowa caucuses, calling it “unfortunate” that students’ ability to “fully participate” in the primary was negatively impacted by the school’s existing policies.

“These students deserved better, and parents who are considering where to send their students to school in the future should bear that in mind,” Neily said.

According to the court filing the case was dismissed, and all parties involved will bear their own costs related to the legal proceedings.