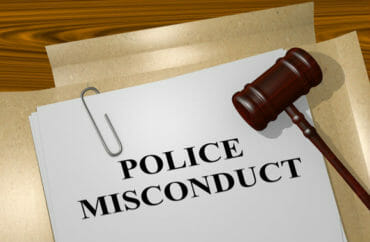 Are campus police ‘a de facto arm of the campus bureaucracy’?

Saifullah Khan predicted four months ago he would beat his prosecution on rape charges.

The ex-Yale University student was right – but he’d probably have a different verdict if his accuser had chosen a Title IX proceeding instead of one where Khan could have gone to prison.

The Yale Daily News reports that it took less than four hours for six jurors to acquit Khan Wednesday on all four counts – “sexual assault in the first, second, third or fourth degrees.”

The contrasting narratives between Khan and his still-unnamed accuser are by now familiar in campus sexual-assault cases.

It was Halloween 2015, and they were acquaintances having dinner together. She said she was too drunk to consent, fell asleep clothed on her bed, woke up with him on top of her and saw used condoms on the floor, and finally woke up naked in the morning. She couldn’t remember some details, which the prosecution said proved she was telling the truth (nope).

Khan said she invited him to her room and removed her own clothes. He was shocked the next morning – he slept on her couch – when she treated him angrily.

She sought help from the Yale Sexual Harassment and Assault Response & Education center, which then got campus police involved. This decision proved fateful. (The center said it only loops in police with the consent of an accuser or when someone else’s safety is at “imminent risk.” Yale refuses to say whether administrators ever investigated.)

Yale Student Found Not Guilty in Rape Trial: Saifullah Khan had been charged with sexually assaulting a fellow student on Halloween night 2015, in a rare campus case brought to the courts. pic.twitter.com/EGYTbkKogo

The first attempt to prosecute Khan in October collapsed in a mistrial because Yale police “had not given the defense notes from interviews it conducted with witnesses,” according to the News.

The extent of that failure was alleged in a defense filing a month ago:

Moments prior to the commencement of evidence [in October], the state notified defense counsel that the Yale Police Department had just discovered what amounted to 40 to 50 pages of notes which were disclosed to the defense shortly thereafter. … Having fully reviewed the notes and the circumstances of their disclosure, they raise the further questions about evidence that existed and may have been withheld, lost, or destroyed by the Yale Police Department, faculty, or administrators.

Khan’s lawyers asked for a “Morales hearing,” based on a 1995 Connecticut Supreme Court ruling in a sexual-assault case that requires trial courts to “assess the materiality of the unpreserved evidence and the degree of prejudice to the accused” when deciding how to handle claimed violations of due process.

The filing said Yale’s behavior in the Khan investigation raises the question “whether the Yale Police Department operates in accordance with constitutional duties incumbent on all law enforcement or whether it is a de facto arm of the campus bureaucracy and, vicariously, politics?”

Recent revelations indicate that Yale Administrators operated as a secondary engine of law enforcement investigation. Moreover, late disclosed discovery has revealed a police force unbounded by hard wrought constitutional rules and instead beholden to political fashions and the oscillating views of the [Department of Education’s Office for Civil Rights].

Among specific accusations: an hourslong “pre-interview” with the accuser by Yale PD; an assistant chief talking to someone in Yale’s office of general counsel before or during witness interviews; possible disclosure of Khan’s private student information, protected by federal law, to Yale PD; yet another police interview with the accuser where she disclosed “the fact and content of Title IX proceedings”; a presumably private (“ex parte”) meeting between the accuser and chair of Yale’s sexual-misconduct panel; and an unknown witness who cast doubt on the accuser’s level of intoxication, never disclosed to the defense.

Oh, and police notes that identify Khan as “from Afghan. (Muslim) violence accepted” and say his parents are in Afghanistan.

The filing says these last-minute divulged facts put their investigation on a path to similar “collateral due process violations” in another case – that of expelled Yale basketball team captain Jack Montague – that was “near contemporaneous” with the investigation of Khan.

It notes Yale recently sought to unmask who was paying Montague’s legal bills as his lawsuit against Yale continues: “It is difficult to imagine a reason to uncover such information other than to publicly shame donors and thereby … further undermine the due process interests of accused students.”

These situations show that Yale “embarked upon a secretive Jacobin-style crusade in which complainants were pressured to come forward, procedural due process was ignored, and exculpatory evidence was casually and conveniently misplaced” – and Yale police worked with the sexual-misconduct panel and Title IX offices to bring their work “within the ambit of state action.”

Prof. Johnson noted Khan had a very different future depending on who was overseeing his case – Yale or the criminal justice system.

MORE: Yale tries to extort another $3,000 from accused student Montague

Worth recalling that the investigatory abuses that came to light in this case would have been concealed from acc'd student if this had come before Yale's UWC:https://t.co/nkMqpOdrvm

Exposure of apparent wrongdoing of this sort – law enforcement intentionally skewing its work to help the more sympathetic party – is precisely the result that anti-due process activists want to avoid.

It’s why they prefer secretive and process-lite campus tribunals that see their mission not as determining objectively what happened but reinterpreting what happened through an ideological lens: “Believe the survivor.”

It’s why they embrace “junk science” that says victims have patchy and contradictory memories right after being assaulted, but can magically reconstruct precise memories with the help of self-appointed memory experts (like these folks).

The sad part is how thoroughly their ideological biases – repeatedly deployed against students of color like Khan – have infected mainstream journalists.

Juror Diane Urbana told The New York Times the verdict had nothing to do with the #MeToo movement: “There was sufficient doubt on every charge.”

The Times itself seems skeptical that discovering “doubt” should be possible when the subject is rape: Reporter Vivian Wang and frequent Times freelancer Cheryl P. Weinstock treated cross-examination as some form of abuse.

After being called out by Prof. Johnson for incorrectly stating who prosecutors represent and describing an acquittal in the language of conviction, the Times made undisclosed edits – changes that helped to “conceal bias” in the original, according to Johnson.

Left untouched as of Wednesday night, unsurprisingly, is their self-evident horror at the routine process of cross-examination, wherein defense lawyers work “relentlessly to discredit” the account of someone who could send their client to prison for 10 years.

The Times covers the Yale verdict. Reporters appear perturbed that defense attorneys questioned complaining witness; and choose not to include an "alleged" before assault.https://t.co/iAmSWoG3xO pic.twitter.com/Mv4JqN6yjZ

Also, a noticeable shift in the language here. Original @vwang3 article described the event–despite a not-guilty verdict–as an "assault." "Alleged" only added in after edits. pic.twitter.com/hEsxky2LR5

Another edit in the @vwang3 NYT piece on the Yale not-guilty verdict–no longer (R) describing the female student as the "victim." Still claiming the prosecutors "represented" the student. Undisclosed edits, in this instance, help conceal bias of original reporting. pic.twitter.com/DjAjOOfaT4