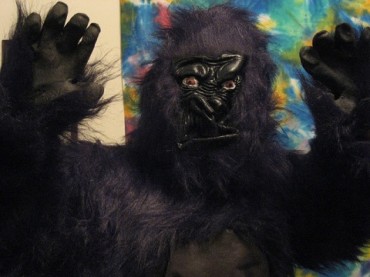 The Register–Guard, the main daily newspaper for the region, reports the “University of Oregon paid nationally syndicated sex-advice columnist Dan Savage $24,000 for speaking at an Oct. 15 event at the UO, according to a copy of the contract the university released this week in response to a public records request.”

“The return a university gets from sponsoring programs where students are exposed to nationally prominent resource people is in the form of sparking thought and considering new perspectives,” Keith Van Norman, marketing manager for the University Health Center, told the newspaper.

“New perspectives?” That’s for sure.

But wait, it gets better – and by better we mean worse.

The Register-Guard reports the speech was also partly a launch party for the university’s new smart phone app that teaches students how to have kinky sex.

The app also includes links to orgasm lectures, “remember to lube up your dam” reminders, and communication tips for that awkward moment, according to the video detailing the app on the university’s website.

Videos that start to play after the initial clip introducing the app take things one step further in educating students on how to have sex. The videos show, for example, two lesbian students leaning in to each other to kiss on a couch before they stop and talk about using a dental dam for protection. In a later video, two men naked in bed talk about “slowing things down.” And that’s just two of the videos. There’s plenty more.

Keep in mind, all this “sex ed” is on the taxpayers’ dime.