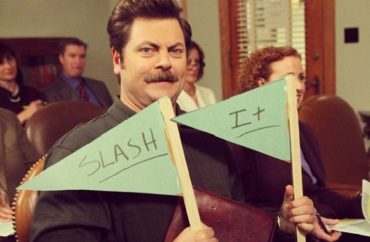 The gender and women’s studies degree at one Massachusetts community college may soon get the ax as enrollment at the school as a whole has dropped in the past 10 years.

Greenfield Community College has seen an enrollment drop of nearly 50 percent in the past 12 years according to the local newspaper The Recorder.

This has led campus officials to consider cutting degrees that do not provide value and instead focusing on educating students in worthwhile things that will lead to jobs. At least that is the interpretation yielded by reading between the lines of the administration’s comments.

“I think, as a responsive institution, we have an obligation to continue reviewing our offerings based on enrollment … as well as regional workforce needs,” President Michelle Schutt said at a recent meeting.

But it doesn’t lead to any new way of understanding, since transgenderism is utter nonsense. It is not possible to change someone’s gender.

Unfortunately the classes may still exist within that program, even if the major goes away.

That’s unfortunate because taxpayers really should not be forced to underwrite “Queer Literature” or “Gender and the Environment.”

It’s odd but a community college in liberal Massachusetts may actually have the fortitude to ax a worthless degree like gender studies that Republicans in Wyoming did not.