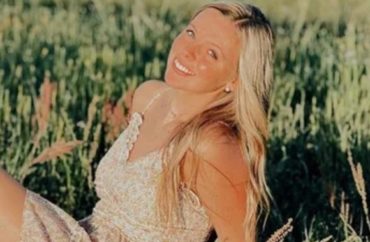 Allegedly began shooting after an argument with someone else

Law enforcement arrested and charged Richard Sigman, a professor at the University of West Georgia, with murdering an incoming freshman on Saturday.

Carrollton police announced that Sigman “has been arrested and charged with murder, aggravated assault x 3, and possession of a firearm during the commission of crime for his involvement in the death of Anna Jones, age 18, of Carrollton.”

Sigman allegedly shot Jones (pictured) after getting into an argument with someone at a local restaurant called Leopoldo’s.

“Preliminary information indicates that Sigman and another male got into a verbal altercation at Leopoldo’s,” the police reported. “The male notified security that Sigman threatened to shoot him. Security approached Sigman, saw he had a weapon, and told him to leave. Sigman then left walking toward the parking deck.”

“The investigation then indicates Sigman walked into the parking deck and began shooting into a parked vehicle striking the victim,” law enforcement alleged.

“It is with great sadness that we write to inform you of the passing of Anna Jones, a recent Class of 2022 graduate of MZHS,” the school wrote on its Facebook. “Anna loved this school and this community and she will be missed dearly by many.”

There is a GoFundMe for her funeral expenses.

“The University of West Georgia has learned of the loss of one of its students, Anna Jones, who passed away following an off-campus incident earlier today,” Brendan Kelly, the university president, stated in an announcement to the media. “UWG has terminated the employment of Richard Sigman and continues to work with the city of Carrollton Police Department, which leads this ongoing investigation. On behalf of the university, we wish to convey our deepest condolences to Anna’s family and many friends.”

“We know this news is difficult to process and affects many members of our university community,” he stated. “We ask that you keep Anna’s family, friends, and all who have been touched by this tragedy in your thoughts during this tremendously difficult time.”