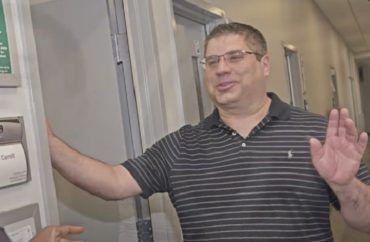 Professor Bruce Carroll has been charged with felony shoplifting nearly $700 worth of items from Target over the past three months.

Carroll (right) chairs the criminal justice department at Georgia Gwinnett College and police arrested him November 22 for shoplifting, according to Fox 5. 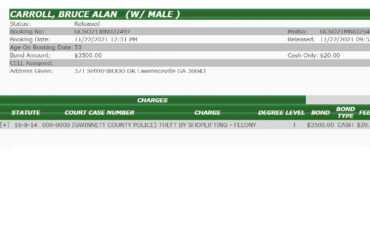 Target’s security team reviewed security footage and “found Carroll left with a variety of items he never scanned during eight visits to their store between September 23 and November 3.”

Items allegedly taken without payment include dog food, chocolate, wine glasses and a food strainer. Carroll would use the self-service scanner and not pay for certain items.

He has a law degree from South Texas College of Law and and doctorate in political science from the University of Houston, according to his faculty profile. He is a former Fulbright Scholar.

“It was definitely a surprise that he was a college professor and he taught criminology,” Hideshi Valle, a spokesperson with Gwinnett county, told Fox 5.