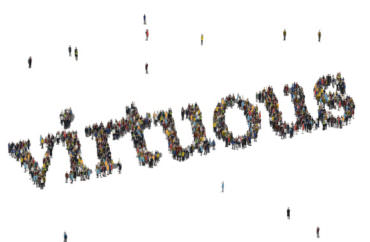 This past week we heard a lot about how young people are “taking action” because the adults can’t … or won’t.

The Parkland, Florida spokesfolk — whose actions helped spawn the numerous high school “walkouts” on Wednesday — have even gotten an invitation from Harvard to speak about “changing the conversation on guns.” The Institute of Politics panel discussion on March 20 will feature David “I Bragged About Hanging Up on the White House” Hogg, Cameron “Dana Loesch Sure is Thirsty for the Blood of Defenseless Teenagers” Kasky, and Emma “Glad I Slept In During Betsy DeVos’s Visit” González.

If their righteous posturing on CNN, MSNBC, and the Big Three networks hasn’t been enough for you, be sure to check out Cornell student Michael Glanzel’s recent op-ed.

Titled “Moral Bankruptcy,” Glanzel’s is yet another undergrad’s treatise against the evils of conservatism, in particular those of President Donald Trump.

“Over the course of the last couple of years, America has taken a decidedly downward turn in its morals,” he writes. “Now […]  instead of breaking barriers, we are constructing walls. Instead of striving for a better society, we are deconstructing once established moral norms. Instead of creating a dialogue for change, we cry “fake news” and rip one another apart on social media.

“This is not a period of progress; rather, it is an era of retrograde.”

Glanzel goes on to note Trump’s “ugliness,” “self-centered egoism,” and “lunacy,” but the “most egregious” aspect of his presidency isn’t the man himself, but “rather those that support and sustain his lunacy.”

Congratulations, Michael — you just demonstrated why the self-centered egoist won in the first place.

You see, after the 2012 presidential election conservatives and Republicans really threw up their hands in disgust because, in a nutshell, if progressives can turn Mitt Romney into the devil incarnate, then it really doesn’t matter anymore.

As a result, four years later these voters chose someone who was going to throw liberals’ nasty nonsense right back at them.

Regarding the “fake news” imbroglio, it’s actually very simple: Until the mainstream media covers progressive/Democrat politicians like they do conservatives/Republicans, be prepared to hear that phrase. If the whole Trump-Russia collusion nonsense hasn’t been enough, get ready for the laser-like focus on Stormy Daniels.

Trump botches a statement about Charlottesville, Virginia and suddenly he’s a Nazi. Former Texas Governor Rick Perry goes hunting where there’s a racial slur written on a rock, and this means he’s a visceral bigot. Meanwhile, the media never shows a photo of Barack Obama hanging out with former PLO spokesman Rashid Khalidi, nor one of the former president chumming it up with Nation of Islam chief Louis Farrakhan.

Trump’s use of “fake news” allegedly is endangering reporters worldwide and makes him akin to a Third World dictator, yet Obama’s IRS abusing its power (which the second article of the never-used impeachment against Richard Nixon was about) and actual spying on journalists garners mere … shrugs of the shoulders.

Glanzel concludes his piece by saying

[t]he morality of this nation is not defined by whether we achieve the values of fairness, justice and universal freedom; rather, our moral character is determined by how hard we fight for those virtues. It is only when we have the courage to stand-up to intolerance, misogyny, racism, bigotry and bullying that we will truly re-embrace sense of morality.

Except that millions of good, well-meaning people simply were fed up with being labeled “intolerant,” “misogynist,” and “racist” merely for legitimate differences of opinion on subjects such as children using the bathroom of their “gender choice,” due process for rape defendants, and securing our national borders, respectively.

MORE: George Washington U. dean: Donald Trump is a ‘Nazi-in-chief’