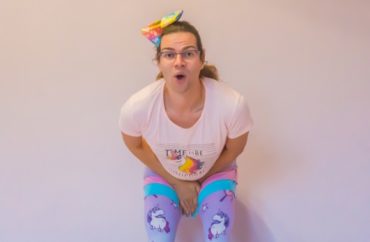 ‘Could she really be crushing on both boys and girls?’

A national publisher of children’s books has refocused its marketing on a hot new trend: diversity.

But it’s not tackling the subject on its own. As Scholastic gears up for back-to-school presentations with its book fairs, the publisher is teaming up with a nonprofit coalition that promotes “diverse books.”

The official catalog of this year’s Scholastic book fair cycle shows the publisher taking a hard turn toward literature that highlights issues of sexual identity, intersectionality and social justice. It was first documented by The Federalist.

For example, instead of introducing children to Shakespeare’s “Romeo & Juliet,” Scholastic promotes the book “Star Crossed,” a bisexual version of the play.

It’s centered around a female character who plays Romeo in a middle-school play – and ends up falling in love with the also-female Juliet. The catalog ponders, referring to a middle-school student: “Could she really be crushing on both boys and girls?”

Another Scholastic-promoted book features a girl who realizes that her dad “is secretly dating her best friend’s mom,” both of whom are divorced.

The catalog promotes politically correct storylines about religious and ethnic minorities as well. One features a Pakistani-American girl whose mosque is vandalized in a “hate crime,” while another introduces children to “Native American Heroes” including political activists.

Another is a graphic novel on Syrian refugees, titled “The Unwanted.” The Scholastic description reads: “Imagine you’re a Syrian refugee, desperate to escape a war zone,” Now imagine the countries you’re fleeing to don’t want you.” The Federalist says it literally paints a picture of “mass misery and repression” among Syrian refugees.

Getting “queer literature” in the hands of children – especially if their parents disapprove – is a popular cause in higher education.

In a recent column for the Emerson College newspaper The Berkeley Beacon, the author argues this type of literature “needs have its own sections in libraries and bookstores, especially in the children’s sections”:

Publishing companies need to set quotas for the number of books they publish by LGBTQ+ authors and books covering LGBTQ+ topics each year. Schools and universities need to make a bigger effort at promoting LGBTQ+ writing as well, such as including queer-friendly books in their curriculum.

Scholastic’s nonprofit partner We Need Diverse Books is keen to fill this role. Its mission is to push for “essential changes in the publishing industry.”

Rather than teaching children timeless lessons from popular classes, WNDB aims to expose them to “diverse characters” who invariably promote progressive ideals.

It recognizes “all diverse experiences, including (but not limited to) LGBTQIA, Native, people of color, gender diversity, people with disabilities*, and ethnic, cultural, and religious minorities,” according to WNDB’s website. The asterisk on “disabilities” goes into an even longer description:

We subscribe to a broad definition of disability, which includes but is not limited to physical, sensory, cognitive, intellectual, or developmental disabilities, chronic conditions, and mental illnesses (this may also include addiction). Furthermore, we subscribe to a social model of disability, which presents disability as created by barriers in the social environment, due to lack of equal access, stereotyping, and other forms of marginalization.

WNDB’s target audience includes the elementary and middle school age group, and this is reflected in Scholastic’s advertising for its upcoming book fair cycle.

The publisher’s interest in integrating LGBTQ+ literature into middle school libraries goes back at least a year, when “top teaching blogger” John DePasquale gave a roadmap for schools to “Create Inclusive, Affirming Schools for LGBTQ Students.”

The new catalog features just such an affirming story about a child who learns to be an “ally.” That is progressive jargon for someone who “uses their privilege to advocate on behalf of someone else who doesn’t hold that same privilege,” in the formulation of the University of Missouri-Kansas City’s diversity office.

Gender-neutral children’s author Alex Gino wrote “You Don’t Know Everything, Jilly P!” as a followup to Gino’s previous book, “George,” about a boy who “know she’s not a boy.”

When you snag the last copy!😁 @Scholastic #BEA15 #LGBT pic.twitter.com/RYABA6IxXZ

Jilly learns how to be “an ally, a sister, and a friend … and that being open to change can make you change in the best possible ways,” according to Amazon’s description. While it largely focuses on the title character’s habit of accidentally offending a deaf friend and learning deaf culture, the novel for 8-12 year-olds also deals with race and sexuality.

An Amazon reviewer says Jilly “prides herself on not being a bigot” because she has “an aunt who is black and her aunt has a partner, whom Jillian loves as well.” (Presumably they are a lesbian couple.)

But Jilly’s grandmother shows soft bigotry against her black daughter-in-law Alicia by asking her “to bring ethnic foods such as a sweet potato pie” and making comments about Alicia’s daughter’s hair, according to the reviewer. Jilly eventually realizes from the “gaffes” of her relatives that she does the same thing to her deaf friend.

Another book pushes alternative gender theories through a fantasy lens. “The Witch Boy” by Molly Ostertag outlines the life of a 13-year-old who breaks the gender role – boys are raised to be “shapeshifters” – and instead becomes infatuated with witchcraft.

“When a mysterious danger threatens the other boys, Aster knows he can help — as a witch,” according to the book’s description. He is prodded to embrace this role by his similarly “non-conforming” new friend Charlie.

LGBTQ+ books are being geared toward even younger children as well. The children’s picture book And Tango Makes Three tells the story of “a same-sex penguin couple hatching an egg together.” It received a top rating on Goodreads and was named to the American Library Association’s Notable Children’s Books of 2006, among other accolades.

Author Ibi Zoboi was extremely candid with Bustle about the aims of the project between WNDB and Scholastic.

“We need diverse scholars and educators who will subvert the canon, the form, and many of our hierarchical systems of selecting and lauding books,” Zoboi told the women’s magazine. Translated by The Federalist, that means “making sure nobody reads Shakespeare ever again, unless we decide he was really a closeted gay woman.”

Scholastic did not respond to inquiries from The College Fix for further information on the inventory of this semester’s book fair cycle and whether it still carries literary classics.