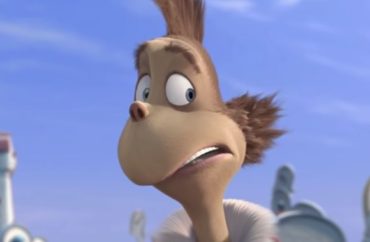 Dr. Seuss is generally known as a beloved author of children’s books. His works have spawned numerous spin-offs, movies and television shows. His plots have been praised as highlighting the absurdity of human nature and calling on people to be better versions of themselves.

But a study published this month claims his work is racist, and it joins a growing chorus of voices deeming the iconic author problematic.

The study is titled “The Cat is Out of the Bag: Orientalism, Anti-Blackness and White Supremacy in Dr. Seuss’s Children’s Books.”

It is co-authored by Katie Ishizuka of the The Conscious Kid Library and Ramón Stephens, a PhD student in education at the University of California, San Diego. They describe themselves as “critical race scholar-activists.”

The two interpreted the late author’s works as “dehumanizing and degrading” to “Black, Indigenous, and People of Color (BIPOC), and people from other marginalized groups (including Jewish people and Muslims),” largely because non-white characters were illustrated in stereotypical fashions, they argued.

Seuss, who died in 1991 at the age of 87, also controversially showed support for the internment of Japanese citizens during World War II.

The study addresses that by noting:

Horton Hears a Who! is one of Dr. Seuss’ books widely cited as promoting tolerance. Several Seuss scholars infer that the Whos symbolize the Japanese and that the book is an apology for his anti-Japanese WWII propaganda. Dartmouth professor and Seuss biographer Donald Pease calls Horton Hears A Who! ‘an explicit act of recantation of the caricatures of the Japanese that he had constructed’… However, Seuss never issued an actual, explicit, or direct apology or recantation of his anti-Japanese propaganda or the calls he made to ‘kill Japs!’

The study also found that Seuss’s work on children’s stories was problematic because he did not sufficiently represent people of color. Only 2 percent of Seuss’s characters were people of color, it states, continuing:

White supremacy is seen through the centering of Whiteness and White characters, who comprise 98% (2,195 characters) of all characters. Notably, every character of color is male. Males of color are only presented in subservient, exotified, or dehumanized roles. This also remains true in their relation to White characters. Most startling is the complete invisibility and absence of women and girls of color across Seuss’ entire children’s book collection.

It may be only a matter of time before reading works like “The Cat in the Hat” and “The Sneetches” to children is no longer acceptable.

IMAGE: Via Horton Hears a Who