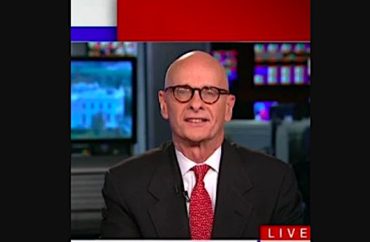 A professor of communication and media studies at Maryland’s Goucher College appeared on CNN over the weekend to warn viewers we are “headed to hell” if Congress doesn’t regulate Elon Musk and Twitter.

While on the show “Reliable Sources,” long-time Baltimore Sun media critic David Zurawik also said we are in “so much trouble” because Musk, along with Facebook’s Mark Zuckerberg, “believe in making money.”

“We’ve already seen that with the 2016 election, and Zuckerberg, when he was taking rubles for ads from Russia” […]  Musk is the same,” Zurawik said according to Newsbusters.

Zurawik continued: “This is dangerous. We can’t think anymore in this country.”

After some giggles from host Brian Stelter, the professor added “I’m serious. We don’t have people in Congress who can make regulations, that can make it work. I think we can look to the western countries in Europe for how they are trying to limit it but you need — you need controls on this. You need regulation.”

Zurawik had to go back almost a century to declare that Congress should regulate Musk’s Twitter like it intervened back in 1927 with the Radio Act, and seven years later with the Communications Act. “Congress stepped in,” he said. “We made rules. FCC wasn’t great but it’s still regulating the broadcast industry. You can’t use vulgar language, you can’t do all of these things with speech.”

Zurawik also invoked the spectre of Donald Trump: “You cannot let these guys [Musk, Zuckerberg, et. al.] control discourse in this country or we are headed to hell. We are there. Trump opened the gates of hell and now they’re chasing us down.”

According to his faculty profile, Zurawik has a masters degree in “specialized reporting” and is author of the book “The Jews of Prime Time,” a retrospective of “50 years of Jewish identity on network TV.”

MORE: Apoplexy over Elon Musk shows how critical theory has changed the notion of ‘free speech’