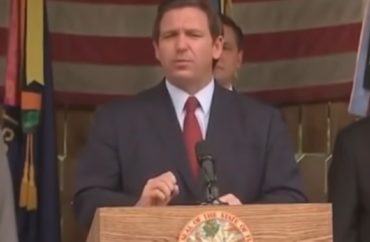 HB 7017 prohibits seven countries from entering into agreements with Florida’s public universities if the “the curriculum or values of a program” are dictated by the country, not the university. Countries on the list include China, Venezuela, Syria, North Korea, Iran, Cuba and Russia.

The law would effectively prohibit Confucius Institutes, which are educational centers on campuses that are controlled by the Chinese Communist Party and try to silence critics. There are currently four such centers in Florida, according to the U.S. headquarters from the Confucius Institutes.

A staff analysis of the bill provides an example of the corporate espionage the legislation will combat.

“Amin Yu, a Chinese citizen living in Orlando as a permanent resident smuggled underwater drone parts from U.S. companies to Harbin University, a state-owned university in China conducting military research,” the analysis said. “Yu used two companies she started in the U.S. to buy systems
and components for underwater vehicles under the direction of a professor at Harbin University.”

The legislation will take effect July 1.