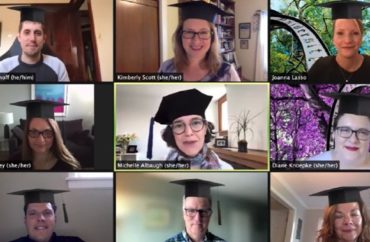 Don’t pay more for a degree without an added benefit

Any attempt to discuss how to tackle student loan debt now and in the future must address this hard truth – some degrees are not worth the cost.

There are of course degrees like Women and Gender Studies that historically have a low return on investment, but what I want to talk about now is students who attend universities for a commodified degree, like education or social work.

By commodified, I mean that there’s no clear difference in the degree programs at an average state school versus a prestigious private university. A business degree from Harvard is probably worth more, in connections alone, than a business degree from a Massachusetts public university, if your goal is to work at Goldman Sachs.

But if your goal is to teach in high school or work as a school or government social worker, there’s no clear benefit to paying the extra cost to get your degree from Northwestern University (education faculty pictured).

Yet students do. Northwestern University’s average out-of-pocket cost for an undergraduate program can be more than $100,000. But its secondary education teachers don’t necessarily end up making $200,000 a year – they work at local public high schools or in Teach for America.

The minimum Illinois public school teacher pay will be $40,000 per year in 2023, and the average salary, of all teachers, is around $65,000. That’s the same whether you attended Eastern Illinois University or Northwestern.

But it’s also hired graduates of Illinois State University, University of Illinois Chicago and Northern Illinois University according to LinkedIn data. Those schools are far less expensive than Northwestern, even if they do not have the same prestige.

Fixing student loans requires two groups to face hard truths. First, students who are going into a commodified career need to think about if taking out $100K in student loans is worth getting the same degree they could have at a local state college.

Second, universities need to be honest on the actual return on investment of a degree from their school compared to the ROI if a student completed the same program but at a different school.