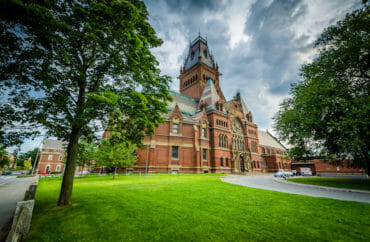 The Harvard Kennedy School this week announced a new fellowship for student leaders who are “committed to the Latino community,” a program which is funded by Time Warner in honor of its late Chief Diversity Officer.

According to Time Warner’s corporate blog, the fellowship is in honor of the late Time Warner Senior Vice President of Cultural Investments and Chief Diversity Officer Lisa Garcia Quiroz, who was “a champion of a stronger Latino presence at Harvard for some 30 years,” the company said. Garcia Quiroz passed away earlier this month after a battle with pancreatic cancer.

“She was a passionate warrior for social justice and a relentless advocate for underserved and under-represented communities and artists,” he added.

The fellowship will operate under the Kennedy School’s Center for Public Leadership, led by Harvard professor David Gergen.

“This fellowship in Lisa’s name represents a very sad but heartwarming story,” said Gergen in the announcement. “Words hardly capture how much we are honored by our friendship with her and how much we will miss her.”

According to the Business Wire, “Time Warner has sponsored two conferences on the Latino future” through Garcia Quiroz.

Garcia Quiroz was a Harvard undergraduate and MBA alumnus as well as “a prominent member of the Latin American community, becoming a mentor and influencer for a generation of Hispanic media professionals. She was appointed chairman of the Corporation for National and Community Service Board of Directors by former president Barack Obama. Quiroz also held the title of board chairman of the Hispanic Scholarship Fund,” according to the Pancreatic Cancer Action Network.

The College Fix reached out repeatedly to Time Warner spokesman Keith Cocozza to learn if Time Warner sponsors any other fellowships geared toward a specific race or racial demographic. Cocozza did not respond.

The Time Warner press release says that the fellowship will serve graduate students “who have demonstrated an interest in reducing disparities in U.S. Latino and other underserved communities.”